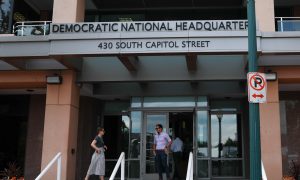 Communism Versus Freedom: The Strategy for Taking Over the Democratic Party
0
Share Now
TelegramFacebookTweetEmailTellMeWeReddit
Copy Link 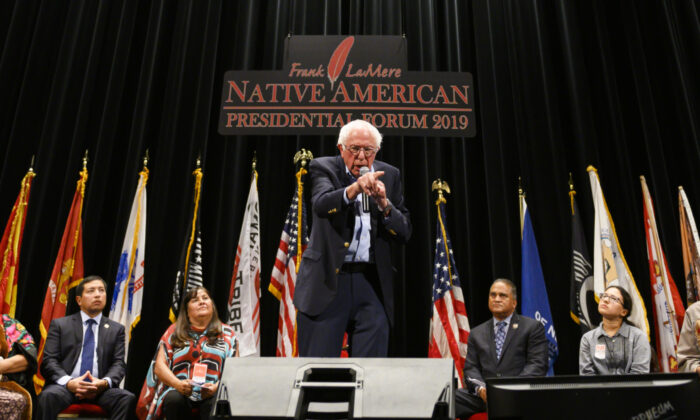 Judith LeBlanc, a leading member of the Communist Party USA (CPUSA), is organizing Native American communities in several states to turn out in high numbers for the Democratic Party in 2020.

A member of the Caddo Tribe of Oklahoma, LeBlanc joined the CPUSA in 1974 and has served at the highest levels of party leadership. LeBlanc has served as a vice-chair of the party and formerly chaired its Peace and Solidarity Commission. She has traveled to Japan, Australia, Israel, Lebanon, and “Palestine” on party business, which included a 2002 meeting with the late Palestinian terrorist leader Yasser Arafat.

On Nov. 29, 2010, the International Day of Solidarity with the Palestinian People, LeBlanc “had the honor of speaking on behalf of civil society organizations to a special meeting at the United Nations,” according to the Peace Action blog.

In recent years, LeBlanc has been assigned to work on Native American business through her role as national coordinator of the Native Organizers Alliance—the country’s leading Native American activist group. This work included a training role in the 2016 protests against the Dakota Access Pipeline on the Standing Rock Sioux reservation in North Dakota. In mid-September 2016, LeBlanc led a “four-day training at Standing Rock with tribal officials, native-led non-profits, and local community and political leaders on power mapping, strategic campaign planning, and direct action,” according to Inequality.org.

Now, LeBlanc’s role is to build on the energy and unity generated at Standing Rock. Her job is to ensure that millions of traditionally low turnout, yet Democratic-leaning Native American voters go to the polls in 2020.

The forum was partially underwritten by the leftist funding group The Praxis Project, which is closely linked to the pro-China communist group Liberation Road. The Praxis Project was founded and led until recently by former Communist Workers Party militant Makani Themba-Nixon.

In her opening remarks to the forum, LeBlanc referenced the Standing Rock Sioux Tribe’s action to stop the construction of the Dakota Access Pipeline in North Dakota.

“We are moving on a continuum from protest to power. … Standing Rock interrupted the narrative, and when we left Standing Rock, we went back to our cities and our reservations to organize,” she said, according to Religion News Service.

“Our goal for this first-ever Native presidential forum was twofold. The first was to energize the Indian electorate. We reached hundreds of thousands through the live stream of the event and the vast array of media coverage, including both the Indian and mainstream media. The second goal was to educate the presidential candidates about our strategies for overcoming the challenges in Indian Country.

“It was powerful. For example, Secretary Julian Castro spent quite a bit of time prior to the forum collecting input from various leaders in Indian Country. He issued a very excellent Indian platform prior to the forum. The week of the forum, Elizabeth Warren did the same. … The debate that happened during the forum, the back and forth with tribal and community leaders over the course of two days, will influence how whoever gets elected governs. For example, most of the candidates said they would have (or would consider) a cabinet-level representative of Indian Country.”

So promises of power have been made. But the only way to collect is to win the 2020 election.

The organized hard left—especially CPUSA and Liberation Road—want to win the next election on a Rainbow Coalition strategy. They intend to update Jesse Jackson’s presidential campaign strategy from the 1980s—unite all the racial and ethnic minorities with the base of white “progressives” to achieve a winning majority. Don’t fight a losing battle on policy—make it all about race.

When Jackson last ran for president in 1988, minorities were about 12 percent of the population. Now, they are 38 percent. It only makes sense to focus resources on Native Americans to increase the chances of victory in what could be a very tight race in 2020.

“Four Directions, our sister organization, did research and found there are seven states where the Indian vote would be decisive in determining the outcome of 77 electoral votes. These 7 states include critical Senate races. From that scientific basis, Native Organizers Alliance and Four Directions began to organize traditionally, to reach out to the community groups that we have relationships within those seven states.”

It’s all about “transformational change”—LeBlanc’s euphemism for socialist revolution.

“We’re also turning our attention to working in those seven states where the Native vote will be decisive. Native Organizers Alliance is working with groups in Wisconsin, Arizona, Minnesota, Michigan, and Nevada. We’ll be doing the kind of voter registration, education and mobilization that ensures that our grassroots groups and tribal entities expand their organized base. The day after the elections, we will be ready with a stronger organized, politically empowered grassroots base. …

“In order to protect and deepen democracy in the long run, we need strong, vibrant social movements who understand that voting is one of the tools of social change along with protest, advocacy, governing and popular political education. That holistic strategy is needed for us to make transformational change which deals with the systemic nature of the problems that our communities face. …

“We need science and people power.”

In 2016, President Donald Trump won 18 states by less than 250,000 votes. By targeting knife-edge states like Wisconsin, Arizona, Minnesota, Michigan, and Nevada, LeBlanc and her Native Organizers Alliance could well have a major influence on the 2020 election. If Trump loses Wisconsin, Arizona, and Michigan and is denied possible victories in Minnesota and Nevada by the Native American vote, LeBlanc will deserve much of the credit.

Most Americans (including most of the Republican leadership) seem to think that the Communist Party has no influence on U.S. politics. They might be shocked to find that just one comrade may be able to determine the outcome of the 2020 election.