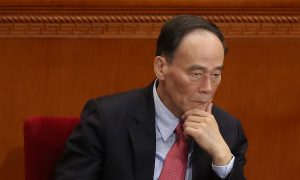 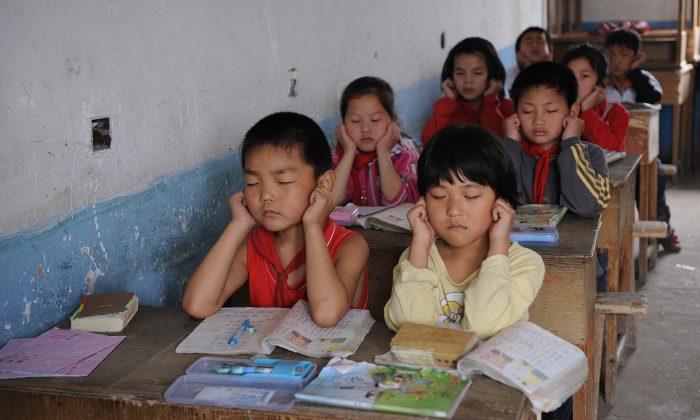 Communist China Expanding Its Political Indoctrination in Schools and Colleges

The communist Chinese regime has been stepping up a drive to indoctrinate students with the atheist Marxism of official dogma and the greatness of the leadership, while cracking down on religion—as reflected in a worrying spate of recent reports.

The campaigns, which are happening at schools ranging from elementary schools to colleges and include encouraging children to report on their parents’ religious activities, come as part of an increasingly totalitarian trend in the Chinese Communist Party’s (CCP) recent policies.

Last year, CCP authorities in Hubei Province, central China, required a university to hold courses on the CCP’s political ideology, according to a Jan. 11 report by Radio Free Asia (RFA). Following the introduction of the courses, the Chinese Ministry of Education issued a statement in April 2018 recommending that higher education institutions around the country strengthen and improve their “Situations and Policies” current events courses.

According to one college student, using the pseudonym of Zhang Kai, the course consists of “brainwashing.”

Taking the U.S.–China trade war as an example, he told RFA that “the course tells us how the United States is being arrogant and unreasonable [in its China policy], and how great the Communist Party is. It instills students with the notion that the Party and the state are one, as well as hatred for other countries.”

The Ministry of Education stipulated that undergraduate students should take at least eight periods of “Situation and Policy” per semester.

“The CCP is basically surrounded by domestic and external troubles. The leadership probably thought the existing level of brainwashing wasn’t enough. They are afraid that students will doubt the authorities after learning of current affairs.”

“Many students complained,” Zhang said. “Some were quite turned off by the brainwashing content.”

A university student in Northeast China, using the pseudonym Li En, cited his “Situations and Policies” instructor as saying, “If everyone supported the leadership of the Communist Party, then there would be no need to have this course.”

Cracking Down on Faith

Bitter Winter, a magazine focusing on religious freedom and human rights in China, reported Jan. 8 that the CCP is intensifying the indoctrination of atheism to elementary and middle school students in many provinces and cities across the country.

According to a document issued by the education department in Shenyang last October and obtained by Bitter Winter, the authorities prohibit teachers from talking about religion in schools. They are also ordered to stop students from having any religious beliefs.

“Instead, the CCP would like educators to use flag-raising ceremonies and themed lessons aimed at strengthening students’ ideologies toward Party lines,” the report said.

Mr. Lin, an elementary school teacher who only provided his surname, told RFA that lately, the school has been educating students not to believe in “heretical religions,” but didn’t specify which faiths belonged to this category. The school also encouraged parents and students to report each other’s religious tendencies.

A man surnamed Wang from Hunan Province told New Tang Dynasty Television, part of the Epoch Media Group, that “the school keeps instilling the students with atheistic thought and the Communist Party’s philosophy of struggle.”

In a separate report, Bitter Winter said the police in Lanzhou City, Gansu Province, had gone to a middle school and asked students to immediately report any cases of religious activities. Students would be rewarded 1,000 yuan ($150) for reporting ordinary believers and 10,000 to 40,000 yuan ($1,500 to 6,000) for church leaders.

Students were told to report their parents’ religious beliefs and call the police if preached to by strangers.