Communism Wants to Destroy Families Through Struggle Within the Home 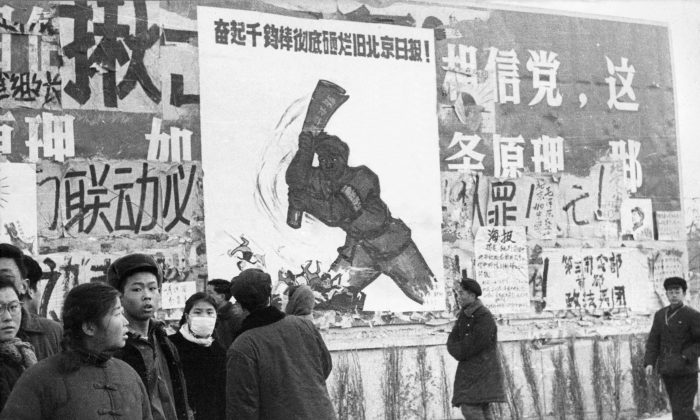 Among the goals of communism, according to “The Communist Manifesto,” is that it “abolishes eternal truths, it abolishes all religion, and all morality.” The family “will vanish as a matter of course.” So why would communism want to destroy these values and traditions, particularly the family?

To understand this, we need to understand the nature of traditional views on hierarchy as well as what makes a society, and how communism aims to usurp these systems.

In traditional cultures, there were different tiers of power within a society. In ancient China, it was said that the people follow the emperor, and the emperor follows heaven. The lowest form of government was the county magistrate, and below that were fraternal organizations and families.

After it has gained control of the government, communism wants to destroy the family in order to turn all allegiance toward the Communist Party. To do this, it creates various social movements that push for the destruction of marriage, thus inciting struggle between men and women, and inciting children to rebel against their parents.

This heads in the opposite direction from traditional values, which encourage kindness and emphasize the importance of the family. Confucius taught that “all kindness starts with filial piety,” and once stated, “Aren’t filial piety and brotherly love the roots of benevolence?”

In order to subvert the family, communism turns children against their mothers and fathers. It pushes to take children out from under the control of the family and places them under state-controlled education systems. Thus, the mother no longer has control over her children, no longer passes on the culture of the society to her children, and no longer teaches her children as has been done in society for thousands of years.

Then communism also turns the mother against the father. By turning women against men, it is able to destroy the household. Once the household is destroyed, the family is broken. The child often loses a parent and begins to act out, and the communist system then has control.

Communism has led women down this path of believing men are an evil force to struggle against. It has done this by framing traditional feminine virtues as being forced on women by men, and thus as things that should be opposed. In this way, feminism is very much an anti-women ideology. It argues that feminine virtues are evil and that the right path for women is to fight against men in order to seize for themselves the traditional domains of men.

Meanwhile, the role women once played in society has largely been abandoned and replaced by state-run education, unhealthy diets, and disposable lifestyles.

Feminism latches itself onto sometimes legitimate issues, like respecting women, but in reality, it practices the opposite of what it preaches. It opposes feminine virtues, the traditional roles of women, and the inner strength and gentle wisdom that women once possessed and knew how to wield.

Men in the past used to respect women for their gentleness, beauty, purity, wisdom, and patience, in the same way that women respected men for their strength, solidity of character, decisiveness, and accomplishments in the broader society. Women in the past understood that helping their husbands succeed in the world would also enrich their own lives.

In the ancient Chinese book “Instruction for Chinese Women and Girls,” Lady Tsao wrote that between a wife and her husband, “if he is rich, you are rich; if he is poor, you also are poor—in life, you are one.” She taught that men and women shared in the sorrows and joys of their households.

And while women were respected for values including gentleness, beauty, and purity, feminism has taught them to be the opposite. It tells them that they should be impure, that they should not make themselves look nice, and that doing so would be going along with a male-driven archetype—that the “patriarchy” is making them be this way. It attempts to convince women mentally to rebel against their own inner natures.

If we understand the nature of men and women from Western systems, the woman was considered the inner being and the man was considered the outer being. This is deeper than just the idea of women being inside the house and men being outside the house. The woman was the master of the inner world, while the man was the master of the outer world. From the standpoint of Daoism, both elements contain the other, but both have dominion within their respective realms.

In the past, there was a sense of mystery and respect between men and women. Of course, there were always good people and bad people, and societies went through stages of rise and decline. Traditional morality upheld respect between men and women. This respect and harmony gave stability to the family structure, set a good example for children, laid a foundation for the respect of others, and helped solidify society in a greater respect for moral order.

Communism has attempted to wipe out all of this and has manufactured social movements to deceive people into joining its entourage of inescapable victimhood and perpetual hatred. Its real goals are to destroy morals, religion, and the family. What it represents is the opposite of traditional, upright values that were based on forgiveness, love for each other, harmony between men and women, and lasting respect.