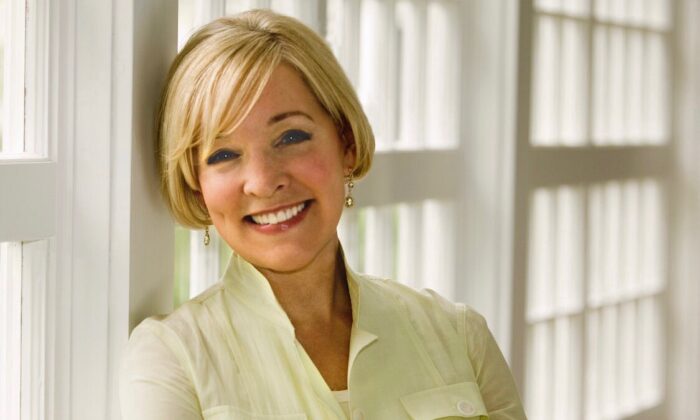 Communism Is a Narcissistic Approach That Took Over Western Civilization: Dr. Christiane Northrup

Dr. Christiane Northrup is a board-certified obstetrician-gynecologist with more than 30 years of experience and the former president of the American Holistic Medical Association. She also served on their board during the 80s and early 90s and is a public speaker as well as a talented harp player.

Holistic Medicine, she explains, is a medical approach that appreciates and addresses the unity of mind, body, and spirit. It includes the modalities of homeopathy, osteopathy, chiropractic, herbology, and spiritual healing.

“Nothing would be left out … [holistic medicine] would include drugs and surgery when they’re appropriate,” Northrup told The Epoch Times, emphasizing that one should look for actual healers when they are seeking treatment, since a doctor’s negative energy can affect the patient.

“When you go to a doctor, you want to be looking for whether or not they’re a healer,” she noted, “they can be technically skilled, but remember, especially if someone is operating on you, their energy goes right into your systems. So if you have somebody who is angry, resentful, or whatever, that goes right into your body as well. So you want to choose somebody who feels like a healer, regardless of what tools they use.”

Modern medicine, which is abreast modern science, generally denies anything that cannot be seen or detected with the limited apparatuses, unlike most—if not all—ancient traditions, where the belief in the existence of spirit was common knowledge.

Northrup was further asked about the breakup between the holistic approach and the technological/scientific aspect in healing.

Communists, and particularly the philosophers of the Frankfurt school, gave her the impression of arrogant and narcissistic people that would denounce as delusional anyone who believes in gods.

“‘If you believe in God, you poor slob. You’re so deluded, you can’t prove that.’ The way I see it always is someone with a cigarette and a disdainful arrogant attitude, thinking that anyone who believes in God or has a spiritual practice or belief in the living world—like the Native Americans, [who believe that] there are spirits in the trees and in the land and in all of that—is primitive, hopelessly primitive,” Northrup said.

“This comes from an overly intellectual, narcissistic approach. And, frankly, I believe that took over all of Western civilization. And we’re seeing it, that’s what communism is really—’There’s no God.'”

“You look at what happened in Maoist China, they made sure that all of the TCM (traditional Chinese medicine), which is based on Qi and lifeforce running through the body, was just seen as witchcraft.”

During the 1966 Cultural Revolution in China, extreme materialism, as well as Darwinism, took over the already troubled land, violently forcing out Confucian, Daoist, and Buddhist traditions. Some scholars believe that this period was one of the darkest in history, since China was until then the only culture that had been preserved uninterrupted from ancient times, possessing the best recorded (written) history, which included medical texts.

“There’s a rich history of those traditions being passed down generation after generation within Chinese families for healing,” Northrup further said. “And it’s the same thing with shamanistic traditions, where you believe that there is lifeforce running through everything.

“It’s like we lost something when we moved into this materialistic, reductionistic [thinking] where there’s nothing other than what you can measure, and nothing else matters.”