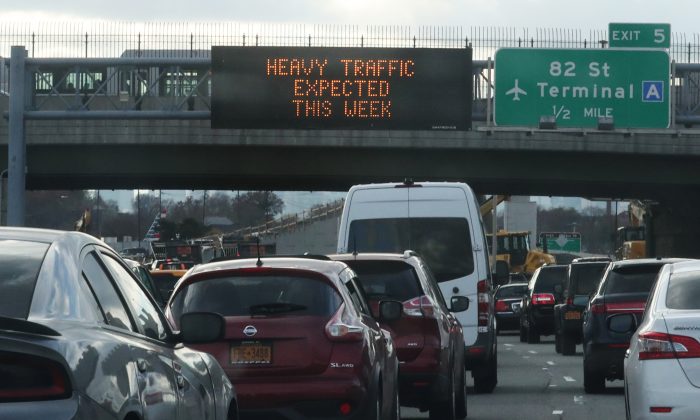 An investigation from the CBC revealed that a popular oil-change place was ripping customers off. Reporters go in for a $19.99 oil change but get charged more.

The CBC investigation revealed a number of unsavory business practices, which include the aggressive upselling of likely unneeded services that range in the hundreds of dollars.

“All they can do is take somebody’s word for it. And if [shops] can show them a printout or something and it says, ‘Hey, this needs doing,’ who are they to dispute it?” Sach-Anderson said of customers.

According to the report:

“Economy Lube advertises its oil change as taking 10 minutes and costing $20. Despite this low cost, all three testers were told that additional services were needed, including servicing the transmission system, a coolant flush, a flush of the brake fluid system and a flush of the power steering fluid. The costs of the recommended but unnecessary services ranged from $180 to $250.”

In one instance, the report notes, Economy Lube salespeople told their investigators that they should replace fluid that had just been changed, saying that the fluid smelled like it was burning.

“If they are … receiving money for services that they did not perform, that you paid for, in all honesty, that’s fraud,” Mark Simchison, former fraud chief with the Hamilton police, told the broadcaster.

“It’s a heads-up for consumers,” Simchison added. “Be wary of who you deal with.”

The report also found that many of the workers at quick-change oil and lube shops aren’t trained.

“The reality is, they’re not technicians and they are not mechanics,” Sach-Anderson said. “A mechanic’s licence is five years of on-the-job training and a minimum of three years of in-school training. These guys are straight out of high school, and when they’ve walked into these places, might not have known how to open a hood.”

“I worked at a few fast oil change shops. We make a commission off everything we forced people to buy. It’s all gimmicks and useless crap that does engines no good. I have actually told people that their car will break down and be a hazard on the highway if they didn’t buy the crap I was selling. Irony  is I am old now and hate changing my oil. I go to fast oil change shops and have to deal with some punk trying to sell me worthless crap,” said one user in the comments section.

Other people said that it’s better to take a car to a local mechanic than a chain shop, saying they’re less likely to engage in scams.

Esurance says that a common tactic used by shops is saying that one needs a “new air filter with every oil change,” which, according to the website, isn’t always true.

“Actually, you may not. You do need to change out your air filter every so often, but not every time you change your oil. It really depends on your car. I drive a 2005 Kia Sorento, and according to my owner’s manual, it’s a good idea to inspect my air filter every 7,000 miles and replace it every 30,000,” the website says.

Resolutions for your car: changing your air filter is easy — and it saves on gas. Change it every 30,000 miles. http://blog.esurance.com/oil-change-scams/

Another line they use is, “You’re due for a flush.”

“When a quick oil change turns into a flush of some sort (power steering, coolant, transmission, etc.), you might be in Scamville. Check your mechanic’s advice against your owner’s manual. In some cases, you could get a good 100,000 miles in without needing one of these flushes,” according to the website.

Lines about dirty fuel injectors could also be bogus.

“This could also be a scam. As long as your car is running like its usual stellar self and your “Check Engine” light hasn’t come on, you probably don’t need your fuel injectors cleaned,” Esurance says.

Car owners should become accustomed to using their owner’s manual, it recommends.