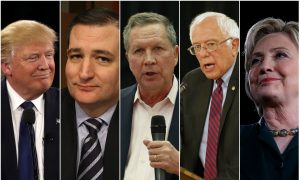 Common Core and the Presidential Candidates
0 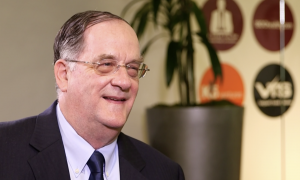 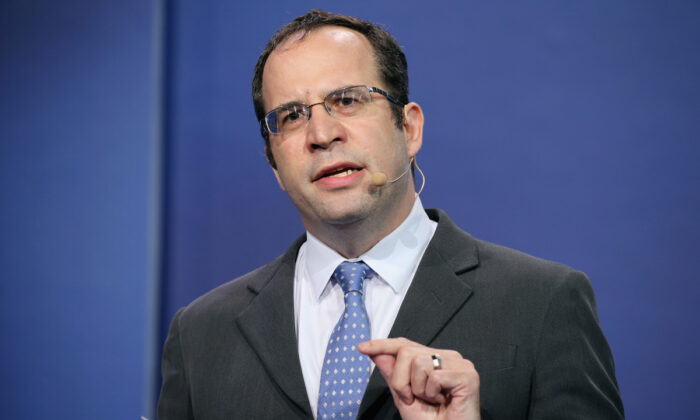 This article is part 11 in a series examining the origins of public education in the United States.

Perhaps nothing has done more to rouse Americans from their slumber on government education than the so-called Common Core standards, which were quietly imposed on the nation by the leftist Obama administration using tax-funded “bribe” money and arm-twisting. People were furious. Trump called the standards “a total disaster.” But the anger only scratched the surface of the problem.

Despite the public outrage over the dumbed-down standards and the centralization of education in the hands of federally funded elites, the toxic scheme is still firmly entrenched across the United States. Often under new names, the Common Core wreaked havoc on an already dismal education system created by collectivists. The devastation continues, too, as federally funded research on the program has revealed.

The outrage expressed by American voters about this has been intense. In 2014, as the battle was reaching its climax, the annual PDK/Gallup poll on attitudes toward public schools revealed that almost two-thirds of Americans opposed Common Core, while about one-third supported it. President Donald Trump ran on a platform of getting rid of it, seizing on that fury to propel him into the White House.

“Common Core, No Child Left Behind, and Race to the Top are all programs that take decisions away from parents and local school boards,” he said. “These programs allow the progressives in the Department of Education to indoctrinate, not educate, our kids. What they are doing does not fit the American model of governance. I am totally against these programs and the Department of Education. It’s a disaster. We cannot continue to fail our children—the very future of this nation.”

He was right, of course. And it was hardly a mystery why that message resonated with so many. Teachers, parents, and taxpayers were all outraged. Common Core had become politically toxic like nothing before in the history of U.S. public education—and for good reason.

First of all, in flagrant violation of the U.S. Constitution, the scheme centralizes control over education at the national level. Public surveys reveal that just a tiny fringe minority of Americans—about 15 percent—believe that the federal government ought to dictate what is taught in the classroom. The overwhelming majority believe that local, elected school boards should be in charge.

In part 10 of this series on education, the history behind the federal government’s gradual takeover of education was explored. Common Core, then, wasn’t the beginning of the federalization of education, and it almost certainly won’t be the end. In fact, it has often been described as just a “symptom” of the problem, rather than the problem itself.

A Mockery of Education

Another major issue with the standards is that Common Core makes a mockery of real education. To understand just how atrocious the standards are from an educational perspective, consider that the only two subject-matter experts on the Common Core Validation Committee both refused to sign off on the scheme.

Dr. Sandra Stotsky, professor of education emerita at the University of Arkansas, served as the only English-Language Arts expert on the committee. She vehemently rejected it. One of the biggest problems, she said, is that the Common Core “reduces both literary study and the opportunity for kids to develop critical thinking skills.”

Among other concerns, Stotsky blasted the replacement of great literature with Obama’s executive orders and EPA regulations as reading material. The standards “were written hastily by people who didn’t care how poorly written they were,” added the English expert, who is not opposed to national standards, per se, but has testified against Common Core in legislatures across America.

The absurd Common Core “math” standards, meanwhile, have been the subject of endless jokes. But unfortunately, the large-scale handicapping of America’s youth is no laughing matter. The only math expert on the Common Core Validation Committee, Dr. James Milgram of Stanford University, spoke out clearly and forcefully against the standards.

“The Core Mathematics Standards are written to reflect very low expectations,” he said. “They are as non-challenging as possible with extremely serious failings.” Indeed, there are “actual errors” in some of the math, he said, adding that the standards “are neither mathematically correct nor especially clear.”

Even some of the people who worked on writing the standards have spoken out. Dr. Louisa Moats, an internationally renowned reading expert who served as a contributor to the Common Core’s literacy standards, for instance, has been warning that children will not learn to read properly using the national scheme. “My warnings and protests were ignored at the time,” Moats said in an interview.

And yet, despite those warnings and many others from leading experts, the educational establishment—backed by endless supplies of federal tax money and billions from Microsoft billionaire Bill Gates—proceeded to impose it on America anyway. Even under the Trump administration, those same standards remain firmly in place.

Marketed as a way to make Americans “college and career ready,” the opposite would have been closer to reality. The ACT standardized test results released this year, for instance, revealed that college-bound students in the United States are doing worse than they have ever done in the ACT examination’s history.

And just as critics warned, American students—already far dumber and less educated than previous generations—have continued to suffer academically as Common Core accelerated the destruction of education. The latest National Assessment of Educational Progress (NAEP) revealed that more than two-thirds of U.S. eighth-graders are not even proficient in any core subject.

The federal government knows this well, too. In a federally funded study by the Center on Standards, Alignment, Instruction and Learning (C-SAIL) released this year, researchers found results they didn’t expect. In short, the investigation concluded that Common Core produced “significant negative effects” in both English and math. “The magnitude of the negative effects [of Common Core] tend to increase over time,” added Mengli Song, one of the researchers involved.

Other experts have highlighted the indoctrination component, too. Tenured English professor Dr. Duke Pesta, director of FreedomProject Academy and one of the nation’s leading experts on Common Core, has delivered hundreds of speeches about the standards all over the United States that have been viewed millions of times online. And his assessment could hardly be worse.

He told The Epoch Times that one of the goals of Common Core’s creators was to indoctrinate American children into progressive ideology. “Common Core—now re-branded state by state to fool people into thinking it has been removed—is a key part of a broader movement to transform American education,” said Pesta, who hosts the popular education-focused Doctor Duke Show.

“Common Core is more than just weak standards: it is also bound up with the curriculum, pedagogy, teacher training, high-stakes standardized testing, and data gathering so typical of the progressive and statist push to override traditional knowledge-based education with left-wing and socialist ‘social justice’ education,” he said.

In his talks, Pesta includes seemingly endless examples of this sort of dangerous indoctrination from Common Core-aligned textbooks and materials. Fake history. Fake science. Social-justice propaganda in math questions. Outrageous “reading” assignments. Virtually every semi-involved parent of a public-school child these days has seen it too.

The history of Common Core is deliberately opaque, too. To skirt federal statutes prohibiting direct U.S. government meddling in what is taught at schools, Common Core was officially created at the direction of the federally funded, Washington-based trade groups known as the National Governors Association and the Council of Chief State School Officers (CCSSO).

Then the Obama administration used “bribe” money, as critics put it, from the so-called stimulus package—all combined with threats and even waivers from the Bush-era “No Child Left Behind” scheme—to force states to accept it. Virtually every state caved. And even in the handful of states that resisted, Common Core has entered through the back door.

Common Core was crafted by “Achieve, Inc.,” an organization controlled by U.S. and global elites whose top leaders had openly advocated abolishing local school districts and nationalizing control of all education. This same group also created the “Next Generation Science Standards” that are so outrageous they don’t even include a reference to the scientific method.

But the road to nationalized and even globalized education didn’t begin with Common Core. In fact, before that was even dreamed up, the federal government used Goals 2000 under President Bill Clinton, followed by President George W. Bush’s No Child Left Behind, to help centralize education in the United States.

Before those two schemes, President George H.W. Bush pushed “America 2000,” dubbed “a long-term national strategy” to accomplish “education goals” outlined by Bush. At one of the summits peddling the scheme, Shirley McCune, who worked on the effort with the U.S. Department of Education and the National Education Association (NEA), said it wasn’t just about education, but rather about the “total restructuring of the society.”

“We have moved into a new era,” she said, boasting about the ongoing “human resource development restructuring” taking place. One of the two main functions of schools, McCune said, is “to prepare students not for today’s society, but for a society that’s 20, 30, 40, 50 years down the road.”

“So we have to anticipate what the future is, and then move back and figure out what it is we need to do today,” she said, without explaining what sort of fortune-telling methods might be used. “That’s called anticipatory socialization, or the social-change function of schools.”

Most incredibly, perhaps, she revealed that “what the revolution has been in curriculum is that we no longer are teaching facts to children.” That is because it’s “almost impossible for us to guess the kinds of facts that they will need,” McCune said, without explaining how children would be able to think or have a frame of reference without knowing facts.

In an upcoming piece in this series, the nexus between Common Core and the ongoing globalization of education will be explored in much more depth. Interestingly, the U.N.’s “World Core Curriculum” is based on the teachings of Alice Bailey, the same occultist who inspired McCune, according to former U.N. Assistant Secretary-General Robert Muller, who wrote the U.N.’s global education curriculum.

Separately, another upcoming piece in this series will examine the explosion in data gathering and data-mining by government. It’s impossible to truly understand Common Core and what’s happening in education without understanding the massive amounts of personal information on children being vacuumed up by authorities and the crony companies that work with them.

For now, it’s important that Americans understand a few important facts: Common Core is still very much alive, it’s still handicapping children on an industrial scale; promoters hope to ensnare nongovernment-school children as well, and there are no plans to get rid of it on the horizon. All of that is a documented fact.

But it’s also crucial to realize that Common Core itself is not the problem. Instead, it’s a symptom of the problem that has been explored in the previous 10 parts of this series. It’s merely the next step forward in “fundamentally transforming the United States of America,” as Obama put it.

Getting rid of Common Core would be great. But unfortunately, it will not fix the government education system that’s destroying the United States by destroying the nation’s children. That will require much more fundamental reforms that get to the root of the problem.