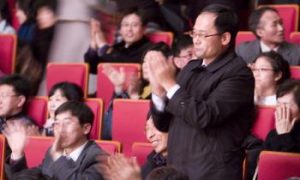 Chinese Woman Touched by DPA: 'Because this is the truth'
0 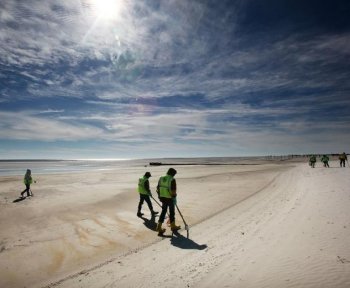 Workers clean tarballs from the BP oil spill on Waveland beach December 6, in Mississippi. The National Oil Spill Commission said in a statement Thursday that mismanagement by BP, Transocean, and Halliburton led to the Gulf oil spill. (Mario Tama/Getty Images)
US

By Nicholas Zifcak
Print
WASHINGTON—Mismanagement by BP, Transocean, and Halliburton led to the Gulf oil spill, the National Oil Spill Commission said in a statement Thursday. It said the causes of the spill are systemic and without thorough reform such a spill will likely recur.

The commission released its findings on the cause of the spill Thursday, ahead of releasing its full report on the oil spill and cleanup next Tuesday.

The commission report says the Macondo well oil spill was preventable and blames it on a series of “missteps and oversights” by BP. It calls the cumulative risk of these mistakes “unreasonably large and avoidable.” These mistakes, says the report, led to the blowout of the rig and failure of the blowout preventer to seal off the well after the deadly explosion on the rig.

Bob Graham, former U.S. senator and cochairman of the commission, blamed poor safety standards by industry and government for the incident. In the commission’s statement he said the spill could have been avoided, “had the companies involved been guided by an unrelenting commitment to safety first.” Graham also assigned the government blame, for lacking “the capacity and will to demand world-class safety standards.”

According to the report “government regulators lacked the authority, the necessary resources, and the technical expertise to prevent,” the mistakes that together caused the spill.

The report says better management by BP, Transocean, and Halliburton could have prevented the blowout had on site staff been equipped to identify the potential risks, and been ready to evaluate, communicate, and address those challenges.

“Given the documented failings of both Transocean and Halliburton, both of which serve the offshore industry in virtually every ocean, I reluctantly conclude we have a systemwide problem,” said former EPA administrator and commission cochairman William K. Reilly in a statement released by the commission.

On Tuesday the American Petroleum Institute (API), which represents more than 450 oil and natural gas companies, released a study recommending that the government should open up domestic oil and natural gas resources, including the Atlantic and Pacific Outer Continental Shelf, for offshore drilling.

The American Petroleum Institute declined to comment on the National Oil Spill Commission report until the complete report is released next week.

Charged “to investigate the root causes of the spill and provide recommendations on how to prevent and mitigate the impact of any future spills that result from offshore drilling,” the commission will present its full report and recommendations to the president and Congress.