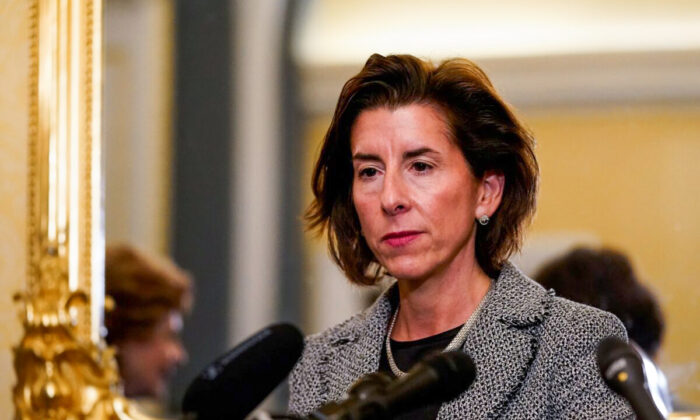 The Department of Commerce had asked global semiconductor manufacturers and automakers on in September to voluntarily fill out a questionnaire about the supply chain and gave them a deadline of November 8th to comply.

“The deadline was yesterday,” the secretary said. “We haven’t yet have the opportunity to go through all the submissions,” but added that all companies had said they would be sending the information requested.

Raimondo dismissed a complaint from China that the TSMC manufacturer was being pressured to provide the information.

“It is laughable to suggest that it’s coercion because it is voluntary,” she said. “Every CEO I’ve talked to, including TSMC, has said it’s a good idea. It will increase transparency in the supply chain, which will cut down on bottlenecks. And that’s why they’re complying—their own choice.”

“The lack of semiconductor production in America poses not only an economic threat, but a national security threat,” Raimondo said.

She said the first round of infrastructure port grants would be made shortly, saying that Tuesday’s announcement of funding will build on steps “we’ve already taken to help address the supply chain challenges.”