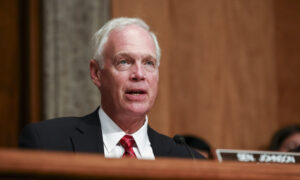 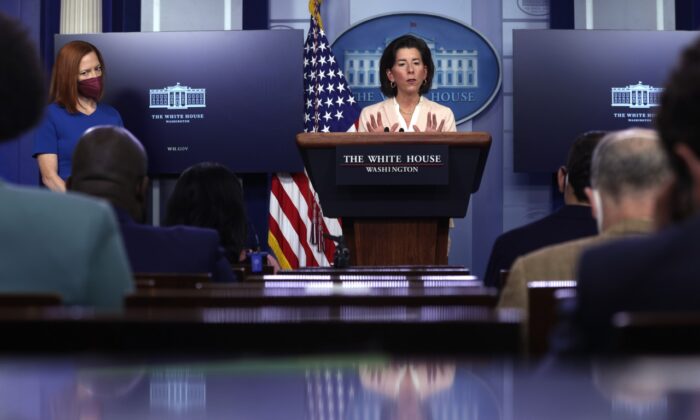 Commerce Secretary: Cyberattacks on US Companies ‘Will Only Intensify’

U.S. Secretary of Commerce Gina Raimondo said Sunday that cyberattacks will only increase in the future and that she and the administration are urging all businesses to shore up their own cybersecurity systems, while the federal government works to strengthen national cybersecurity.

“So, I think the first thing we have to recognize is, this is a reality, and we should assume and businesses should assume that these attacks are here to stay and if anything will intensify,” said Raimondo.

Raimondo made the comment during an interview with ABC’s George Stephanopoulos, who questioned her about the eight cyberattacks against companies occurring each day.

The secretary pointed to the White House’s June 3 letter in which the cybersecurity adviser at the National Security Council, Anne Neuberger, warned business leaders about the growing risk of ransomware attacks, urging them to beef up their digital security measures.

“All organizations must recognize that no company is safe from being targeted by ransomware, regardless of size or location. Much as our homes have locks and alarm systems and our office buildings have guards and security to meet the threat of theft, we urge you to take ransomware crime seriously and ensure your corporate cyber defenses match the threat.”

Raimondo repeated the White House’s warning for businesses to increase cybersecurity without delay.

“The only good news here George is that some very simple steps, like two-factor authentications, having proper backups and backup technology can be enormously helpful against a wide variety of these attacks,” Raimondo added.

“So, it is clear that the private sector needs to be more vigilant, by the way, including small and medium-sized companies. And also, President Biden has been clear that we are going to do more. In fact, certain components of the American Jobs Plan (AJP), provide for investments to shore up the nation’s cyber infrastructure, which is just another reason why it’s so important that the AJP passes,” she said.

The commerce secretary’s warning comes after a number of recent high-profile cyberattacks, including one targeting Colonial Pipeline last month, leading to a disruptive shutdown and gasoline shortages. Earlier this week, a hack against America’s largest beef producer, JBS, led to a shutdown of many of its meat production plants, sparking fears of food supply interruptions. In late May, Microsoft announced that it believes the Russia-based hackers behind the SolarWinds cyber attack had begun a fresh campaign targeting over 150 government agencies, think tanks, and non-governmental organizations.

To counter the increased cyberattacks on May 12, the Biden administration issued an executive order to bolster the federal government’s ability to “identify, deter, protect against, detect, and respond to these actions and actors.”

The Biden administration said they will take a whole-of-government approach to combatting the security threat by removing barriers to sharing information about these threats, modernizing the federal government’s cybersecurity, enhancing the software supply chain, establishing a cyber safety review board, standardizing how the government responds to attacks, improving the federal government’s ability to detect cyber threats, and improving its ability to investigate and correct the problems.

Raimondo said the Biden administration is leaving the security of each business to itself, instead of mandating anything at this point.

“I think that as I said at this point we are urging businesses … and at the moment we’re going to pursue that versus, what you’re talking about, a little bit more heavy-handed approach.”