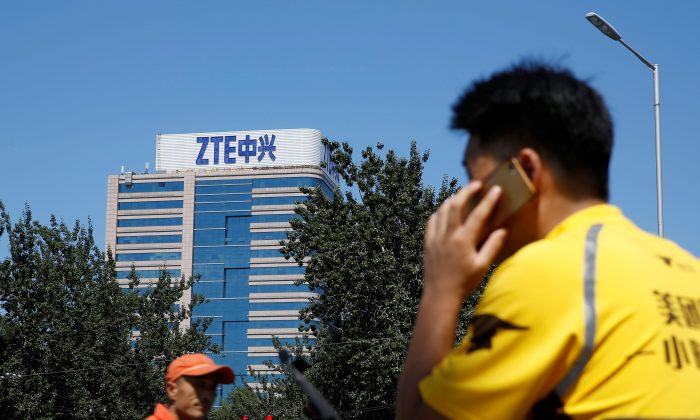 In a charging letter (file) issued July 29, the department said that Far East Cable committed 18 violations of U.S. export controls between 2014 and 2016. During that time, the department alleged Far East Cable entered an agreement to supply equipment from China’s ZTE to Iranian companies, effectively circumventing export restrictions against ZTE.

“As alleged, Far East Cable acted as a cutout for ZTE, facilitating ZTE shipments to Iran at the very time ZTE knew it was under investigation for the exact same conduct” said Office of Export Enforcement Director John Sonderman in an Aug. 8 statement (pdf).

“Far East Cable engaged in serious conduct as part of the attempt to conceal the activity from U.S. investigators. These charges should send a strong message to any company contemplating facilitating violations on behalf of another.”

The charges developed out of an investigation opened into ZTE, a Chinese telecoms equipment company, in 2012. ZTE ultimately reached a series of settlements with the department in 2017, admitting to violating U.S. export control rules and sanctions on Iran.

During that investigation, in 2014, the department alleged that Far East Cable picked up ZTE’s contracts and went on to act as an intermediary by delivering American technologies to Iran and obfuscating ZTE’s role in the transactions.

Both companies were customers of ZTE. Both companies also suspended shipments of items originating from the United States to Iran in 2012. The following year, however, ZTE made plans to resume shipments to Iran through Far East Cable, the letter said.

ZTE paid an $892 million penalty in 2017 and pleaded guilty to shipping American goods to Iran in violation of laws that restrict the sale of American-made technology. It also admitted to obstructing justice after being caught in an elaborate scheme to mask its illicit Iranian business ties.

ZTE was allowed to continue to buy U.S. goods and technology until 2018, when it was caught lying about disciplining employees tied to the original wrongdoing. This ban was later lifted when the company agreed to replace its senior management, pay an additional fine, and establish internal compliance procedures.

The charges were brought by the department’s Bureau of Industry and Security, which leads efforts to prevent foreign adversaries from obtaining sensitive American technologies.

“This action reflects the Commerce Department’s commitment to enforce our laws vigorously against those involved in a scheme to disguise the true parties to a transaction,” said Assistant Secretary of Commerce Matthew Axelrod.

“We have no tolerance for companies that subvert our rules, either on their own behalf or on behalf of others.”