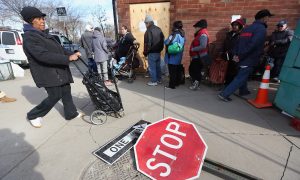 Learning to Be a Citizen
0
Share Now
TelegramFacebookTweetEmailTellMeWeReddit
Copy Link 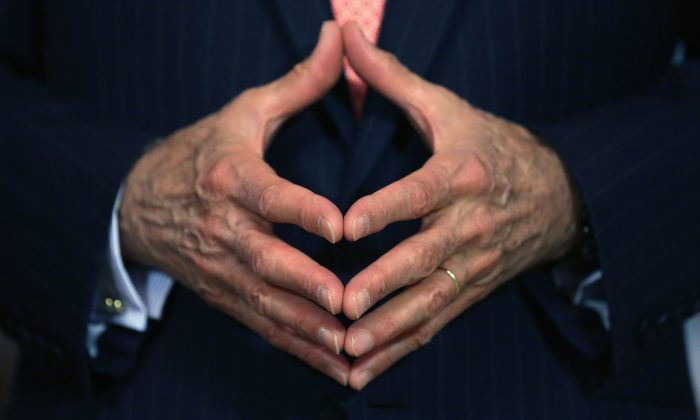 The hands of U.S. Secretary of State John Kerry as he delivers brief remarks to reporters at the State Department headquarters in Washington on April 20, 2015. (Chip Somodevilla/Getty Images)
Opinion

I have been involved in politics and policymaking for over 50 years, and as you can imagine I hold strong feelings about reporters and the media. They’re not what you might think, however.

Far from considering journalists to be irritating pains in the neck—though I’ve known a few who qualified—I believe them to be indispensable to our democracy. Our system rests on citizens’ ability to make discriminating judgments about policies and politicians. Without the news, information, and analysis that the media provides, this would be impossible.

We depend on journalists and the outlets they work for to be our surrogates in holding government accountable; they can serve as a formidable institutional check on the government’s abuse of power.

So I am uneasy about some of the directions I see journalism taking these days. I admire the role that the press has played throughout our history, and fervently hope that it can right itself to play such a role again.

Let me note at the outset that I can find exceptions to everything I’m about to say. There are journalists doing reporting that is clear-eyed, fearless, and grounded in an honest evaluation of the facts—I’m thinking, for instance, of some of the work in recent years on the NSA—and this work has moved the national debate forward.

But far too often, journalism falls short. Reporters often seem to take what politicians and their handlers say at face value, writing what they hear without ensuring that the facts bear it out. They look for winners and losers at the expense of nuance. They strive to give the appearance of even-handedness by creating a false balance between two sides that do not deserve equal weight. They elevate politics, polls, and personality over substance and measured analysis.

Too often, on Fox or MSNBC or any of a plethora of broadcast, print, and online outlets, they slant the news. They engage in pack journalism, reminding me of blackbirds on a telephone line—one comes and others follow. And they delight in spotlighting the screw-up, the mistake, or the gaffe, which might be entertaining to readers but sheds no light on the underlying issues that could make government better if addressed.

I also worry about the increasingly sophisticated efforts by the government and powerful interests to tell us only what they want us to know. Reporters want to be part of the media elite, and the White House in particular—under presidents of both parties—has become quite skillful at manipulating them. Reporters have to keep policymakers at arm’s length, and not be intimidated by them.

I believe that much contemporary journalism has come untethered from a set of traditional values that served the country well over many years:

A robust, inquisitive congressional oversight process should be capable of revealing what is too often hidden, but it’s not. We need journalists to do it.

In the end, my concern is that skeptical reporting and deeply informed investigative journalism are fading. We need more of them, not less. I want to see journalists digging deep into the activities of government, politics, business, finance, education, welfare, culture, and sports. Our Republic depends on it.