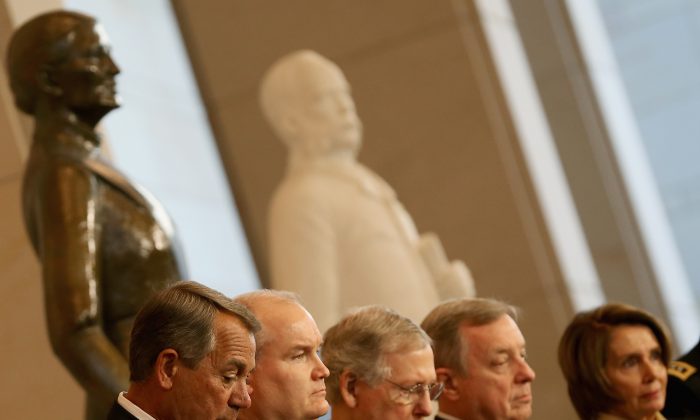 Can We Have a Regular Congress?

You probably didn’t notice, but the Senate passed a milestone a couple of weeks back. Before 2015 was a month old, senators had already had a chance to vote up-or-down on more amendments than they did in all of 2014.

This is a promising sign that new Majority Leader Mitch McConnell might have meant it when he declared last year that he wants the Senate to return to the “regular order” of debate and amendments. For the last few weeks, a favorite inside-the-Beltway guessing game has been whether he’d be willing to stick with it in the face of demands, sure to come, to reduce debate and amendments and expedite approval of bills.

I know you’re thinking this is just inside baseball. Let me explain why it matters. In Washington, the line between process and policy is blurred. The policies Congress produces are forged by the process it uses, and the leaders of the two houses have great power over that process—and hence over the results. Talking about how Congress makes laws is the same as talking about what it does in those laws.

So a return to the “regular order,” on either or both sides of the Capitol, has enormous implications. There is no single solution to Congress’s problems, but it’s hard to imagine Congress can get past its dysfunction without adopting the regular order.

If you’re uncertain what I mean, you’re not alone. There are a lot of lawmakers who have very little idea what it entails, either; because they were elected after Congress abandoned it in the 1990s.

At its simplest, the regular order is what you learned in school. A member introduces a bill, which is referred to committee. The committee hears from experts, looks at its options, considers amendments, and then reports the bill to the floor, where there’s more debate and deliberation.

The other body goes through the same process, and the separate bills they produce get reconciled in a conference committee, where the members also talk to the president’s representatives about what he’ll want to see in order to approve the measure.

Finally, the president approves or rejects the bill. The process, though never perfect, is relatively open, fair to all members, and promotes accountability.

Over the last few decades, however, Congress has adopted an alternative approach: the mega-bill. These bills usually run to hundreds if not thousands of pages. They bypass the committees and get drafted in the offices of the leadership. They limit amendments to a few, if any. They limit debate. They constrict—if not eliminate—thoughtful consideration and largely dispense with votes except for an up or down vote on the entire mega-bill. They invite all kinds of last-minute and under-the-table deals. They shut ordinary members out of the process, undermine participation, shield Congress from public scrutiny, and are, in short, an outrage to democracy. Yet they’ve become a habit on Capitol Hill.

Why? They’re convenient and concentrate power in the hands of the leadership.

At a very basic level I’ve never understood why they’ve had such staying power. The regular order holds clear advantages for the majority of legislators. It’s more open, produces more accountability, and gives ordinary members a sense they’ve had a fair shot at influencing the course of national policy. This is no minor consideration. When the process works well, it produces better-quality legislation and pride in the institution, because members know they’re taking part in fair procedures. When members take pride in the work being done around them, they communicate that sense to their constituents.

But reliance on mega-bills has imposed a great cost on Washington. Federal agencies cannot plan ahead. Government operations get disrupted. Uncertainty abounds. Backroom deals flourish. Secrecy pervades the process from beginning to end. Public confidence in government erodes. Members themselves feel shunted to the sidelines.

It is hard to get voters focused on congressional process when they’re so focused on particular issues—how a candidate feels about climate change or abortion. But the plain truth is that the regular order enhances the chance that legislation that truly represents what’s best for Americans will emerge from Capitol Hill. Maybe one day Congress will come to believe this, too.