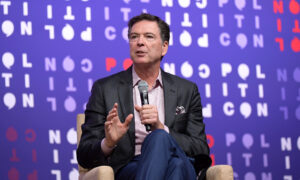 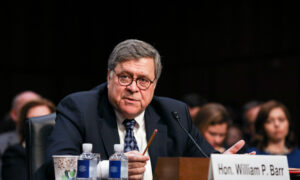 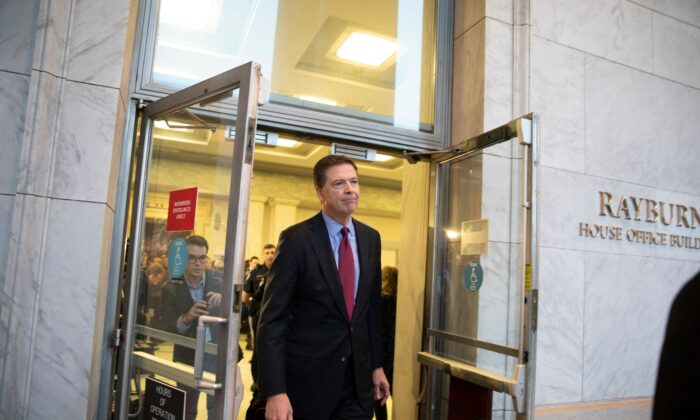 Former FBI Director James Comey has agreed to testify before a Senate committee, without a subpoena, regarding the bureau’s probe into Russian election meddling and the campaign of President Donald Trump, according to Sen. Lindsey Graham (R-S.C.).

Graham said in remarks to Fox News on Wednesday that “the day of reckoning is upon us when it comes to Crossfire Hurricane,” referring to the code name for the FBI investigation, which was later taken over by former special counsel Robert Mueller, who probed allegations of collusion between the Trump campaign and Russia to sway the 2016 presidential election. Mueller ultimately didn’t establish any such collusion.

Comey will testify before the Senate Judiciary Committee on Sept. 30, according to Graham, who said the former director can expect to be grilled, but treated with respect.

“I appreciate Mr. Comey coming before the committee,” Graham said. “He will be respectfully treated, but asked hard questions.”

Graham told Fox News he requested Mueller appear before the committee, but he declined. The South Carolina senator said he would seek Mueller’s testimony after the former special counsel wrote an op-ed in the Washington Post defending his office’s prosecution of Trump associate Roger Stone, whose sentence the president commuted.

“I feel compelled to respond both to broad claims that our investigation was illegitimate and our motives were improper, and to specific claims that Roger Stone was a victim of our office. The Russia investigation was of paramount importance. Stone was prosecuted and convicted because he committed federal crimes. He remains a convicted felon, and rightly so,” Mueller wrote.

Democrats on the judiciary committee requested Mueller’s testimony, arguing that if Republicans are probing the FBI’s investigation into the Trump campaign, which morphed into Mueller’s probe, the former special counsel should be given the opportunity to defend his work.

“Apparently Mr. Mueller is willing—and also capable—of defending the Mueller investigation through an oped in the Washington Post,” Graham wrote in a July 12 tweet. “Democrats on the Senate Judiciary Committee have previously requested Mr. Mueller appear before the Senate Judiciary Committee to testify about his investigation. That request will be granted.”

Graham also told Fox News that former Deputy FBI Director Andrew McCabe was approached for a voluntary interview and talks with him are still underway.

The Senate Judiciary Committee, which is chaired by Graham, is one of two Republican-led Senate committees looking into the FBI’s probe. Sen. Ron Johnson (R-Wis.), the chairman of the Senate Committee on Homeland Security and Governmental Affairs, is also conducting an investigation. His committee voted on Wednesday to give Johnson the power to subpoena dozens of former and current officials, including Comey and McCabe, as well as former Director of National Intelligence James Clapper.

“Our investigation is focused on uncovering and revealing the truth. But Democrats seem intent at every turn to frustrate and interfere with our oversight efforts,” Johnson pushed back, in remarks at a business meeting Wednesday conducted by his committee.