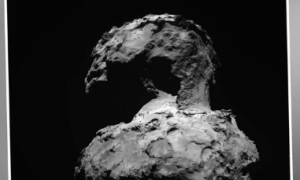 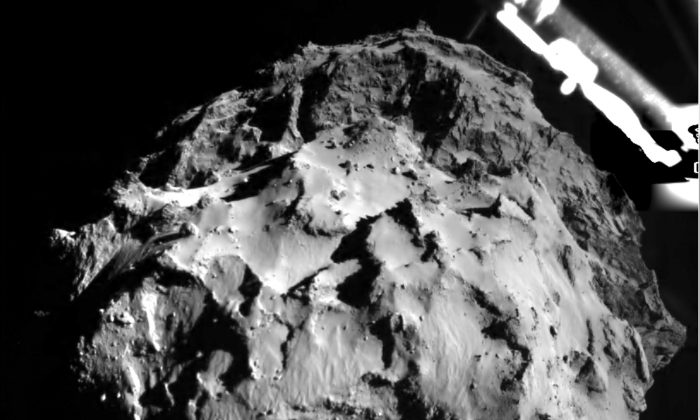 The picture released by the European Space Agency ESA on Wednesday, Nov. 12, 2014 was taken by the ROLIS instrument on Rosetta's Philae lander during descent from a distance of approximately 3 km from the 4-kilometer-wide (2.5-mile-wide) 67P/Churyumov-Gerasimenko comet. Hundreds of millions of miles from Earth, the European spacecraft made history Wednesday by successfully landing on the icy, dusty surface of a speeding comet. (AP Photo/ESA)
Europe

BERLIN— The comet lander Philae has awakened from a seven-month hibernation and managed to communicate with Earth for more than a minute, the European Space Agency said Sunday.

The probe became the first spacecraft to land on a comet when it touched down on the icy surface of 67P/Churyumov-Gerasimenko in November. Shortly after its historic landing, Philae managed to conduct experiments and send data to Earth for about 60 hours before its batteries were depleted and it was forced into hibernation.

The German Aerospace Center, which operates Philae, said that the probe resumed communication at 10:28 p.m. (2028 GMT; 4:28 p.m. EDT) on Saturday, sending about 300 packages of data to Earth via its mother ship Rosetta, which is orbiting the comet.