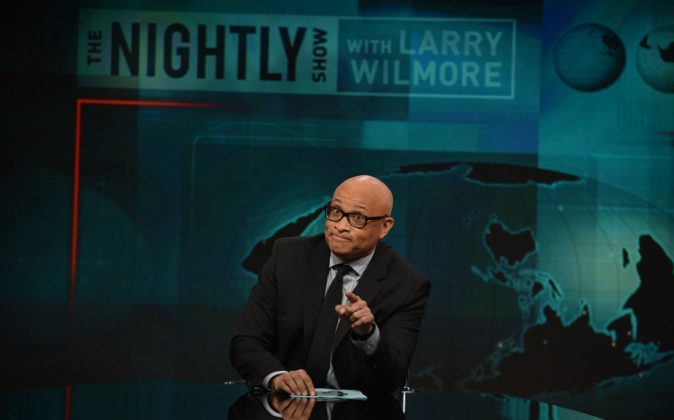 “The Nightly Show With Larry Wilmore” has been cancelled by Comedy Central, the network announced on Aug. 15.

“We thank Larry and The Nightly Show staff for their tireless efforts across the past two years and the conversations the show generated by addressing social issues of great importance to the country, always challenging people’s attitudes, perceptions and bias,” Comedy Central said in a statement to Epoch Times.

Production of the political satire series will end on Aug. 18.

Low viewership is the reason behind the show’s cancellation, according to Comedy Central’s President, Kent Alterman. “Even though we’ve given it a year and a half, we’ve been hoping against hope that it would start to click with our audience, but it hasn’t happened and we’ve haven’t seen evidence of it happening,” Alterman told the New York Times on Monday.

Alterman added, “We were hoping that we would get a turnaround along the way including the wild, wild two weeks of the conventions. We just haven’t seen it on any level from the general conversation to ratings to any sort of traction on social media platforms.”

“The Nightly Show” replaced “The Colbert Report” nearly two years ago after Stephen Colbert joined CBS. Since then, Wilmore has struggled to maintain the same number of viewers as his predecessor, who had been averaging 1.7 million viewers on Comedy Central.

In contrast, Wilmore’s late night show averaged 922,000 viewers in its first year, and dropped to 776,000 viewers a night this year, according to Nielsen.

Wilmore thanked Comedy Central for the opportunity, but he also expressed disappointment in not covering the presidential election, which is just three months away.

“I’m really grateful to Comedy Central, Jon Stewart, and our fans to have had this opportunity,” he said in the statement. “But I’m also saddened and surprised we won’t be covering this crazy election or ‘The Unblackening’ as we’ve coined it. And keeping it 100, I guess I hadn’t counted on ‘The Unblackening’ happening to my time slot as well.”