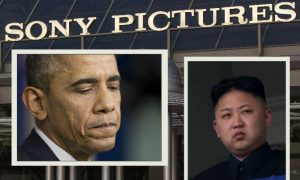 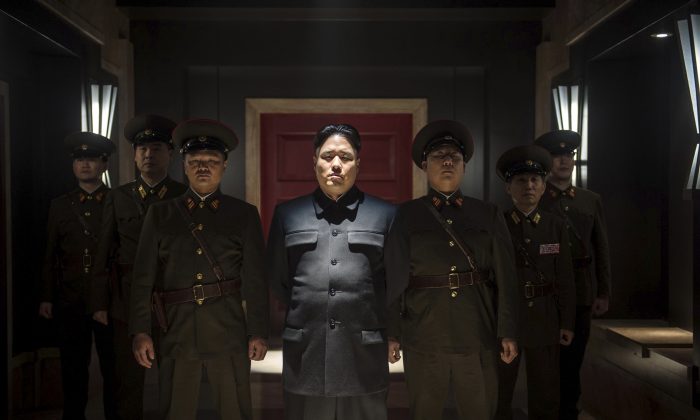 How do you joke about the Sony hacking? A little carefully.
By Jocelyn Noveck
biggersmaller
Print

How do you joke about the Sony hacking story? After all, it was an attempt at comedy that launched this whole sobering mess.

If you’re Chris Rock, you joke about it cleverly but carefully. Promoting his new movie “Top Five” this week, he noted an added bonus: “My movie’s very Korean-friendly. There are no jokes about North Korea in ‘Top Five.’ If you’re Korean, go out and see ‘Top Five.’ You will enjoy it.”

Given that the fallout over an unabashedly silly movie—”The Interview,” which Sony shelved last week after a stunning cyberattack by hackers the United States has linked to North Korea—has escalated into a serious global situation, one would think comedy writers might be a wee bit skittish just now.

But they ARE in the business of satire, and this is one of the biggest entertainment stories in years.

And so, NBC’s “Saturday Night Live” didn’t wait long to bring up the scandal—in fact, it didn’t wait one second. The show opened with Mike Myers returning as Dr. Evil from the “Austin Powers” movies, taking jabs at Sony, North Korea AND Hollywood. Oh, and Republicans, and “The Interview” actor James Franco’s Oscar-hosting skills.

“There’s already a GOP,” Myers said, referring to the hackers who call themselves Guardians of Peace, “and they’re already an evil organization.” Referring to hackers’ threats of terrorism over the movie, he said that wasn’t necessary: “It’s easy to kill a movie. Just move it to January.” As for Franco, whose character in the film is tasked with assassinating North Korean leader Kim Jong Un, he noted: “The man singlehandedly almost killed the Oscars!”

Later, though, the show played with the idea that maybe it’s all a little soon. Comic Bobby Moynihan appeared as Kim Jong Un on “Weekend Update,” declaring he wasn’t afraid. But then red target marks appeared on his torso, and he reversed course: “I’m Seth Rogen, everybody!” he said, trying to quickly mimic Rogen, a star and director of the film, before skedaddling off the set.

All in jest, but there probably IS a sense of “Is it too soon?” out there, said Janice Min, a veteran entertainment industry observer who oversees The Hollywood Reporter and Billboard.

“I would say we’re in an unprecedented era of fear right now,” she said, referring to the chilling cyberattack that saw thousands of Sony emails—some deeply embarrassing—and other materials posted online. Things escalated dramatically when hackers then threatened violence against moviegoers, leading theater chains to pull out and Sony to cancel the Christmas opening.

“There’s often a sense of schadenfreude in Hollywood, if something happens to a movie or an executive,” Min said. “But in this case the fear is so palpable, people are thinking, what if this were me?”

Even in campaigns for the upcoming awards season in Hollywood, Min noted, “Every publicist in town will be coaching their stars on what to say and what not to say, or what to post on Twitter—everything will be very measured.”

And so naturally, she added, there may be a chilling effect on comedy—one that might affect the sharpness of the jokes, for example, at the Golden Globes or the Oscars. “I’m going to venture that at least until the issues are resolved, everyone’s too scared, and you don’t want to be the one making that North Korea joke because you don’t want to be a target yourself,” Min said.

Given the magnitude of the events, of course, it’s hard to imagine they won’t be referenced at the awards shows, especially the early ones. “It’s the elephant in the room,” said Tim Gray, awards editor for Variety. “You can’t pretend it didn’t happen.”

But just how “safe” the subject may feel will depend on developments in the swift-moving story, which could, at this rate, change many times before sharp-tongued hosts Tina Fey and Amy Poehler take the stage at the Jan. 11 Globes, where the humor is generally more raucous—and boozy—than at the Feb. 22 Oscars. (Producers for both the Globes and the Oscars declined interview requests about plans for the shows.)

Glenn Schwartz, a longtime Hollywood publicist specializing in comedy, notes that awards shows are a combination of the funny and the serious, so he expects to see references to the Sony hack pop up both ways. “There will be some jokes in a monologue, and one or two activist actors using it as a platform to talk about censorship,” he predicts.

But Schwartz added: “This is really uncharted territory. Nobody wants to be responsible for making it worse.” And that, he said, is a shame: “Comedy has been offending people for years. That’s what’s great about it.”

The censorship issue is a hot-button topic in Hollywood; George Clooney, in an interview with the trade site Deadline, urged Sony to “do whatever you can to get this movie out. Not because everybody has to see the movie, but because I’m not going to be told we can’t see the movie.” President Barack Obama subsequently said he felt Sony had made a mistake in shelving the film. Jimmy Kimmel, in a serious tweet, called Sony’s decision an “un-American act of cowardice.” Filmmaker Judd Apatow said it was “disgraceful” that theaters weren’t showing the film.

On late-night shows, Kimmel, Jimmy Fallon, David Letterman, Conan O’Brien, and Seth Myers have all poked fairly innocuous fun. Letterman on Friday joked that North Pole emails had been hacked. He displayed one from Blitzen, the reindeer, asking to take Hanukkah off. It was marked with a big red “HACKED” sign.

Kimmel quipped last week that if the North Koreans were going to stop a movie being shown, “Why couldn’t it be ‘Love Actually,’ which my wife and her friends have in our living room every Christmas?”

And Fallon chose to lightly lampoon the U.S. government, noting that when Amy Pascal of Sony apologized for some embarrassing emailed jokes involving President Obama, the president replied: “Don’t worry. I secretly read those emails months ago.”