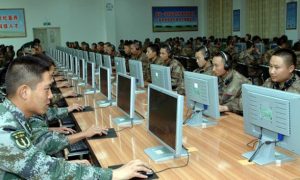 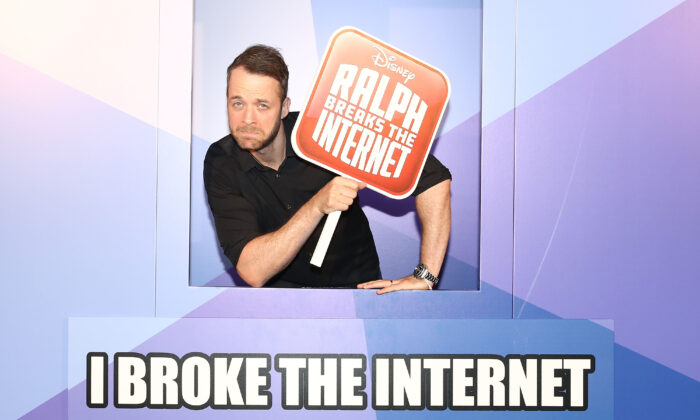 Popular Australian comedian Hamish Blake may have alerted the world to a cybersecurity risk following his “Zoom for One More” gag. Blake called out to fans to give him Zoom codes to log in to video teleconference meetings for various organisations around Australia.

One of the meetings Blake zoomed his way into was the flight log meeting of the Royal Australian Air Force, much to the horror of a senior member of the meeting—and he did so wearing a gold flight jacket.

If you’ve DM’d me your zoom login details this week, I have lucky dipped in that big ol digital bucket and tried to be a surprise yet vital asset to your small group meeting, whatever it may be. Thank you legends as always for having me, here’s but a few more small snippets from my last couple of days of letting myself quietly in the back door. We laughed, we learned, we said goodbye to Paula. Hope you’re safe my friends and you never know, I may see you zoon. 🙏😎

Zoom has become widely used around the world as countries impose isolation rules to limit the spread of the Chinese Communist Party (CCP) virus, commonly known as the novel coronavirus.

While Blake was given codes, there have been incidents of hacking as well—indicating a much greater security problem.

In what the Federal Bureau of Investigation (FBI) in the United States is terming “zoom-bombing,” many online classrooms and meetings have been interrupted by unidentified individuals using threatening language or taking over the meetings to distribute disturbing footage.

Each Zoom meeting is assigned a unique ID number that participants use to gain access, with passwords being an optional extra. According to Zoom, meetings on its platform are encrypted and safe, however many governments are now advising caution when using the platform, owing these security issues.

Other concerns have also emerged about Zoom’s infrastructure being located in China. The Citizen Lab, a research laboratory based at the University of Toronto, found during a test call between the United States and Canada meeting encryption keys were being sent to a Zoom server in China.

Taiwan’s government has now also banned Zoom for official use.

Google, NASA, and Elon Musk’s SpaceX have issued bans on employees using the platform. SpaceX cited, in a memo seen by Reuters, that there was “significant privacy and security concerns.”

This is a point the Australian Defence Force is now aware of thanks to Blake’s stunt.

Cybersecurity is a critical issue for Australia. In 2019, Australia experienced some of its worst cybersecurity breaches.

In October 2019, Australian National University (ANU) released the details of a months-long cyberattack it fought in 2018. In a media release, ANU Vice-Chancellor Professor Brian Schmidt said the hack shocked even the most experienced Australian security experts.

“This wasn’t a smash and grab. It was a diamond heist,” he said.

The common link between the Zoom security concerns and the cyberattack on ANU is China.

The government’s former chief cybersecurity coordinator, Alastair McGibbon, said a cyber catastrophic was on the horizon—and was the greatest existential threat we face as a society today, reported The Mandarin in 2018.

ASCS said federal government systems are still open to attack due to using out-of-date systems and security practices that left them open to attack. Another issue is the lack of cybersecurity knowledge among the general public.