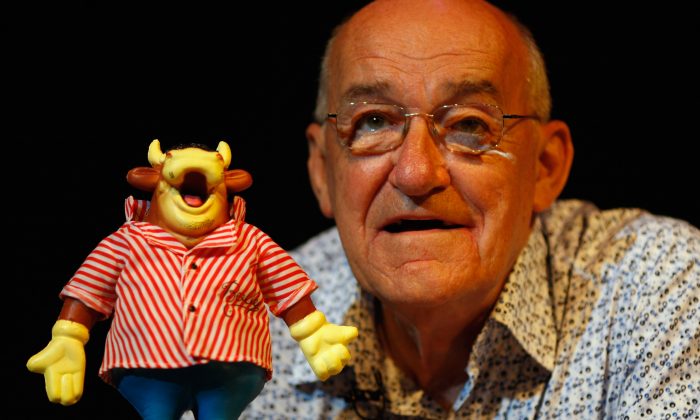 Bowen died on Wednesday, March 14 with his wife by his side after being hospitalised for a few weeks, family friend John Pleus told the BBC.

“He passed away very peacefully, she was with him. We are all shedding a tear,” Pleus said.

Bowen had previously suffered two strokes, saying in 2011 that he had learned to “appreciate all the things in life”, according to the BBC.

His agent Patsy Martin said to the Press Association, “I will very sadly miss Jim. He was a very lovely, genuine man.”

Bowen began his career as a stand-up comedian in the 1960s but became a household name in the UK as presenter of “Bullseye”, which ran for 14 years.

The show involved two contestants working together, one who threw darts and one who answered general knowledge questions.

Bowen’s catchphrases and warm rapport became well-known and were one of the main reasons the show lasted so long. It attracted 17.5 million viewers at its peak.

His catchphrases included “Super, smashing, great”, “You can’t beat a bit of Bully!” and “Let’s look at what you could have won”.

Bowen presented a morning radio show for Radio Lancashire between 1999 and 2002 but resigned after making a racist remark on air.

He told the Lancashire Evening Telegraph at the time, “Sadly, when a 65-year-old is employed he brings with him a certain amount of baggage from his era and sadly sometimes this doesn’t sit well in 2002.”

Bowen was inspired to become a comedian after watching Ken Dodd in Blackpool.

He told BBC Radio Lancashire in 2017, “I watched seven hours of Ken Dodd and I watched him completely decimate 7,000 people. He left them in ruins with laughter. And I thought, that’s some feeling that he must get after that. And so I learned his act.”