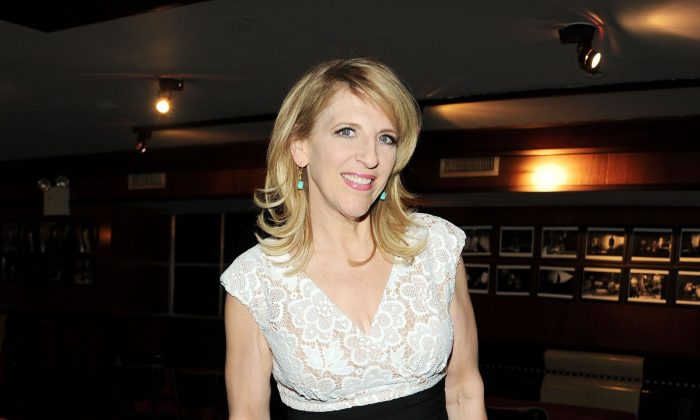 Lisa Lampanelli, a comedian who appeared on “Celebrity Apprentice,” said she has lost 106 pounds.

“I’ve lost a total of 106 pounds,” she told In Touch Weekly magazine. “I feel like I’ve reached the weight I’m supposed to be.”

Lampanelli got gastric-sleeve surgery more than a year ago. The procedure involves reducing the stomach to around 25 percent of the original size.

However, she said that exercise and eating the right amount is what likely helped her lose weight.

“I have to figure out my addiction issue and how I even got overweight in the first place,” said Lampanelli, who weight 142 pounds.

According to the U.S. National Institute of Health, a sleeve gastrectomy “limits the amount of food you can eat by making you feel full after eating small amounts of food.”

The procedure is used for people who are considered “very obese” and have had problems losing weight via diet or exercise.