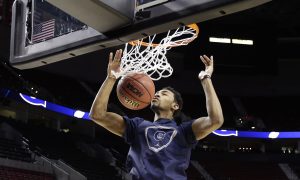 What Channel is truTV on Verizon, Comcast, Dish, Direct TV? How to Watch Online?
0 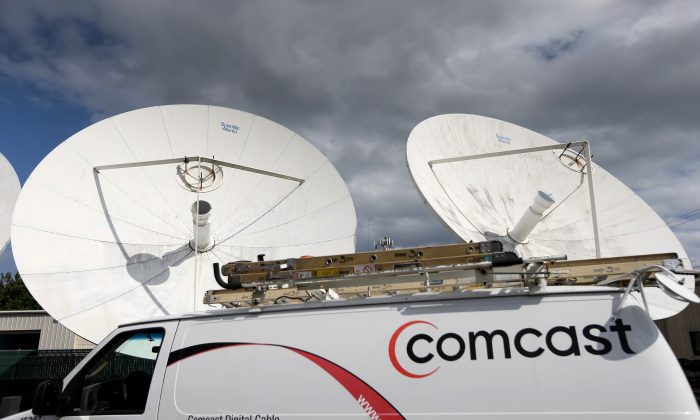 A Comcast truck is seen parked at one of their centers on February 13, 2014 in Pompano Beach, Florida. (Photo by Joe Raedle/Getty Images)
Tech

While there’s no disputing that the picture quality of 4K content is absolutely breathtaking, the transition to a 4K world isn’t going to happen overnight.

For starters, 4K HDTVs are relatively expensive and remain something of a curiosity for most mainstream consumers. Even though the price of 4K sets have gone down dramatically in the last 12 months alone, the percentage of 4K sets in living rooms remains small.

Even more limiting is the fact that most content today simply isn’t being produced in 4K. While Netflix is committed to shooting all of its original programming in 4K — and even 6K in the case of House of Cards — they are in the minority. Furthermore, because 4K is so data heavy, bandwidth issues may impede widespread adoption.

DON’T MISS: The crazy reason why no company can truly emulate the taste of Coke

Nonetheless, Comcast is reportedly ready to flip on its 4K switch at a moment’s notice, just as soon as consumers begin demanding it en masse.

In a recent interview with TechHive, Comcast executive VP of consumer services Marcien Jenckes addressed a wide range of issues, including the cable company’s plans and technical capacity to handle 4K content at scale.

I think like many things, consumer demand will determine how fast 4K and HDR content become pervasive. The reality is that today, the total number of movies and shows being produced in 4K UHD and HDR is still quite small. Our job is to make sure when the networks and studios really start to lean into developing this type of content. We have the tools in place to deliver a great experience.

From a network and technology perspective, we’re ready today.

Indeed, Comcast is planning to release a 4K set top box later this year. Dubbed the Xi4, the box will offer users “hundreds” of 4K titles to choose from.

Back in May, Comcast noted:

Comcast will add hundreds of titles to the Xfinity in UHD catalog and library, including films originally produced for IMAX® and other Giant Screen Theaters from K2 Communications and Havoc TV like The Ultimate Wave Tahiti, Antarctica, Rocky Mountain Express, Fighter Pilot and Dinosaurs: Giants of Patagonia. Full current seasons of hit TV shows such as Syfy’s Defiance; USA’s Playing House, Satisfaction and Suits; and original programming from STARZ including Outlander and Power will also be included.

So while we still have a ways to go before 4K content takes over, it appears that the 4K revolution is slowly but surely gaining momentum.

Comcast also plans to launch another version of the box that supports high dynamic range video, which should deliver some much needed contrast and color improvements. You can expect “hundreds” of 4K titles on Comcast’s UHD service later this year, including nature programming like Dinosaurs: Giants of Patagonia, as well as full seasons of shows from SyFy, USA and Starz like Defiance and Outlander.