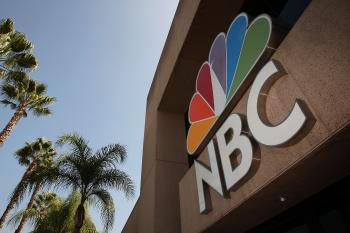 NEW YORK—Comcast Corp., the nation’s leading cable television provider, on Thursday denied a published report that the company has reached an agreement to purchase NBC Universal for $35 billion.

Entertainment industry blog TheWrap.com reported on Wednesday night, citing individuals familiar with the discussion that a deal was reached for $35 billion. NBC Universal is 80 percent owned by the General Electric Co. and 20 percent owned by France media giant Vivendi SA.

On Thursday, a spokesperson for Philadelphia-based Comcast Corp. denied the transaction and called the report "inaccurate.” Officials from both Comcast and GE declined to comment further.

GE had long denied reports that it is exploring a possible sale of NBC Universal, but in recent weeks analysts have said that multiple media and entertainment companies have kicked the tires on possibly buying a stake in the studio.

At first glance, Comcast is a good candidate to purchase NBC Universal, if it is up for sale. Comcast has long tried to expand its revenue base outside cable television, and in 2004 made a failed bid to acquire Walt Disney Co. for $54 billion.

Comcast already owns some programming assets, including the Golf Channel, E!, and VERSUS. But its 2008 revenues from programming of $1.4 billion only accounted for four percent of total revenues.

The company has already begun expanding in non-core business areas. After its investment in Clearwire last year, Comcast is one of the chief developers of WiMax 4G high speed wireless networks in the United States. This summer, it rolled out 4G service in four U.S. cities, in partnership with Google Inc., Intel Corp., Time Warner Cable, and Sprint Nextel Corp.

GE originally purchased NBC in 1985, and in 2004, merged the company with Vivendi’s Universal Studios business to create NBC Universal.

Class-A shares of Comcast dropped 7.0 percent in Thursday trading. GE shares were down $0.45, or 2.7 percent.