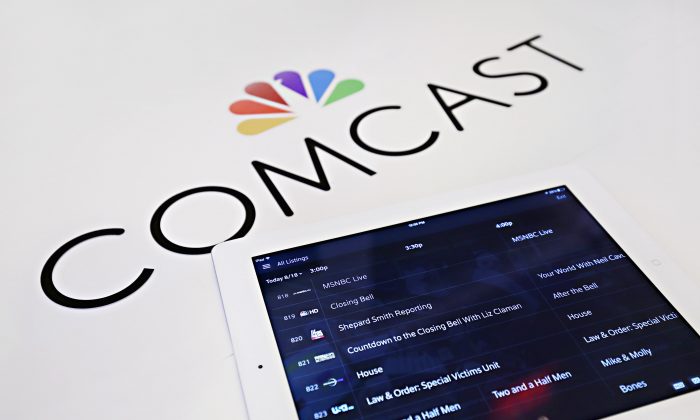 The cable company is rolling out more caps as the Internet becomes an increasingly popular way to watch TV. Streaming video eats up more data than surfing the Internet and reading email. Comcast this year became a company with more Internet than TV customers.

Public-interest groups criticize the caps, saying they hurt innovation and make it more difficult for people to go online.

The Philadelphia company has had data caps in a small chunk of its market since 2012. In most markets, customers were charged $10 for every 50 gigabytes they went over a 300 GB limit.

In October, it rolled that cap out for customers in southern Florida, while adding an “unlimited” plan for an extra fee there and in Atlanta—the first changes since December 2013. Those changes meant that about 12 percent of Comcast’s market was affected, according to MoffettNathanson analyst Craig Moffett.

Comcast is limiting data in a few new markets, and rolling out a $35 “unlimited” option to most of the areas that have data caps.

Now Comcast is limiting data in a few new markets, and rolling out a $35 “unlimited” option to most of the areas that have data caps.

Comcast spokesman Charlie Douglas said the additional markets were “in and around” areas where the company already had capped data plans in place.

“Comcast continues to exert its dominance in the uncompetitive market for high-speed Internet access, increasing the bottom line for its incredibly profitable broadband business,” Matt Wood, the policy director for Free Press, said in an emailed statement. He added that the caps “stifle innovation and choice in online video and cloud-based services.”

The company says that the data caps are about “fairness,” allowing it to charge heavy users more for their activity, while noting that only about 8 percent of all customers go over the 300 GB limit.