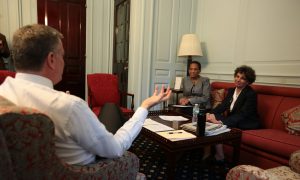 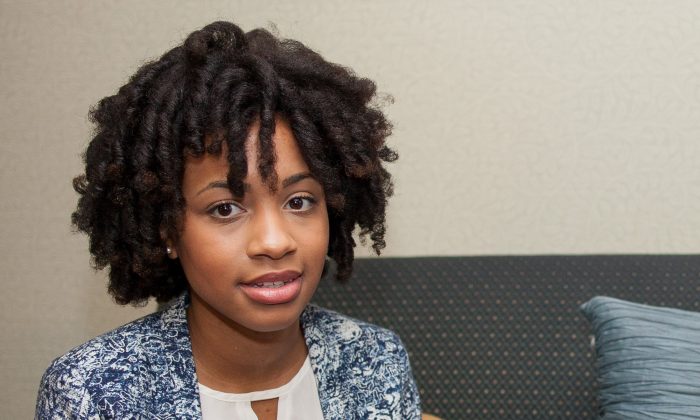 NEW YORK—Yahaira, 24, grew up in a violent household. When her father visited he would beat her mother. And her mother, a heavy heroin user, would beat Yahaira and her sisters.

“I thought it was normal at that time,” said Yahaira.

When she married, her emotional turmoil did not cease. Her husband was coercive and didn’t let her leave. But after Yahaira had her son in May 2011, she made a life-changing decision: she called a domestic violence helpline. “My emotional standpoint was out of my control. I knew that being there was just not healthy,” Yahaira said about her decision to get help.

The young mother soon fled with her son to a domestic violence emergency service shelter—1 of around 52 in the city. Only then did she begin to realize that she had experienced domestic violence throughout her life.

The NYPD responds to more than 700 domestic violence incidents per day, and it is estimated that 15–20 percent of all police calls are domestic violence related. In New York, domestic violence is considered a crime when pushing, shoving, threatening, or kicking leads to injury. If there is no injury, or if the victim cannot prove that it led to an injury, the perpetrator cannot be arrested.

“This is a unique crime, it could happen multiple times—also it’s very complicated. They could be living in poverty, they could be involved with sexual assault, community crimes,” said Maureen Curtis, vice president of Safe Horizon, the nation’s largest victim services organization.

On Tuesday, City Council Finance Director Preston Niblack was arraigned for allegedly striking and wounding his partner Helvio de Faria in the face with a statue and picture frame.

Some domestic violence relationships can also end up in death.

There were 71 domestic violence related homicides in New York City in 2012, with 40 of them committed by an intimate partner, according to a 2013 Criminal Justice Report. Historically, Brooklyn and the Bronx have shown high rates of domestic violence, but Queens has already seen a few disturbing incidents this year.

In three separate incidents, four adults and two babies died in the New York City borough of Queens after close family members lashed out. The latest of the incidents was on Feb. 18 when a man fatally hit his brother with a frying pan in an argument that went too far in their South Ozone Park home, in the 106th precinct.

There is a Safe Horizon case manager in all nine areas funded by the city’s Human Resources Administration, and one in the 44th Precinct in the Bronx, which is funded by New York State’s Division of Justice Services. Case managers at to more precincts are pending.

The program has been running for 30 years. At one point, Curtis said, there were case managers in 27 precincts, but funding cuts meant the case managers couldn’t work there any longer.

Curtis said that the number of domestic violence reports has gone up, but it’s not necessarily a bad thing.

“If you look at the police reports, those have gone up. I think that’s both good and bad. The good is that the victims are more aware of their plight, and more comfortable in calling 911,” she said.

She now works as a technology administrator and account representative in a charter school.

She said the hardest thing is to find the courage to leave and not go back. She doesn’t feel ready to visit her mum again, “I haven’t crossed that bridge yet,” she said.