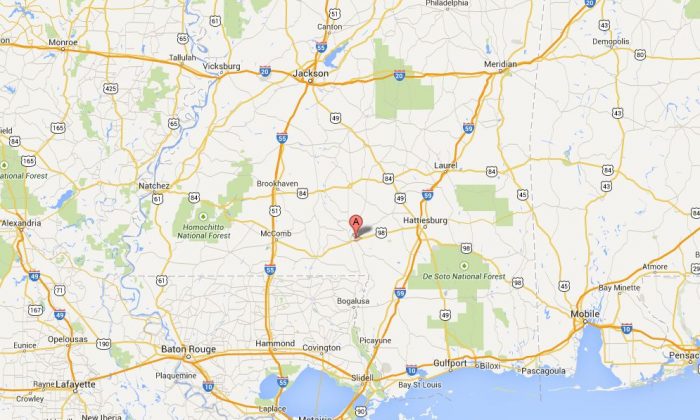 A large and dangerous tornado was spotted on the ground in Columbia, Miss., on Tuesday afternoon.
US

A large and dangerous tornado was spotted on the ground in Columbia, Miss., on Tuesday afternoon.

Preliminary reports say that debris was falling from the sky. Highway 98 in Columbia was shut down due to downed power lines.

There was also damage done to homes in the area. It’s unclear if there were any injuries.

Damage out of Columbia, MS from confirmed tornado at approx. 2:30PM.. “His house is gone” #MSwx via @Maajora pic.twitter.com/BajKYuhitl

2:25 PM: Radar confirms a tornado on the south side of Columbia. Seek shelter immediately! #mswx

2:24PM: Powerlines down at the intersection of Hwy 82 and Columbia-Purvis Road. Debris was falling out of the sky. Seek shelter now! #mswx

BREAKING: Debris reported falling out of the sky near Columbia, MS at 2:24pm CST due to suspected #tornado.

Not surprisingly, confirmed damage from a tornado in Columbia, MS. Hope everyone was able to shelter appropriately…