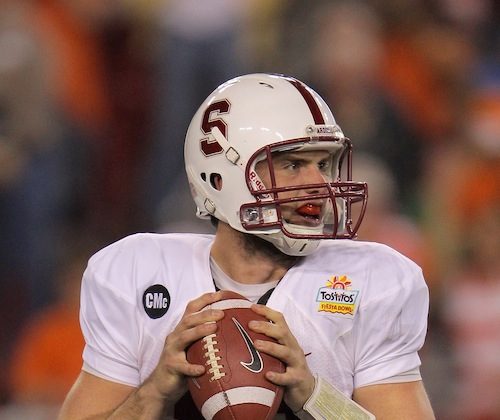 The Indianapolis Colts have announced that they will indeed take Stanford quarterback Andrew Luck, according to an announcement on the team’s website.

Said Colts GM Ryan Grigson, “In fairness to Andrew Luck and in fairness to the whole process—the whole media gauntlet he’s going to be enduring—over the next couple of days I thought it was the right thing to do to announce that we were taking him. I didn’t see the point in prolonging what the whole world already knows.”

Luck has been considered a once-in-a-generation quarterback—so much so that the Colts were willing to let four-time MVP Peyton Manning go and build the team around Luck.

Luck led the Cardinals to a 23-3 record over the last two seasons while throwing more than 30 touchdown passes, eclipsing 3,000 passing yards, and completing better than 70 percent of his passes each season.