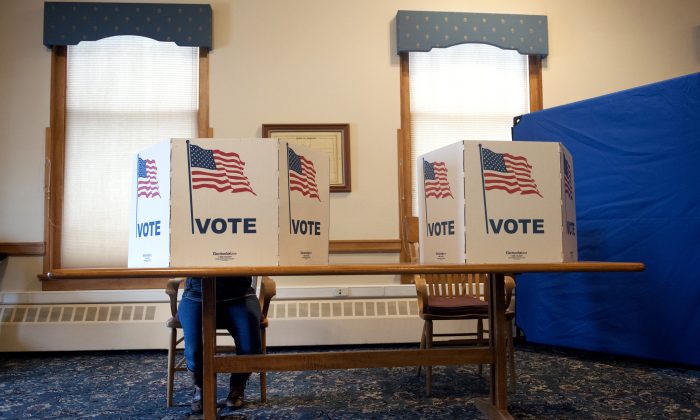 Colorado voters will have an opportunity in 2020 to withdraw their state’s ratification of a plan that will guarantee that the winner of the national popular vote in future presidential elections becomes president of the United States.

The office of Colorado Secretary of State Jena Griswold, a Democrat, announced Aug. 29 that opponents of the National Popular Vote Interstate Compact filed enough voter signatures to place a referendum on the November 2020 ballot to repeal state legislation implementing the plan. If passed, the measure would reverse the national popular vote enabling legislation that Gov. Jared Polis, a Democrat, signed March 15 after state lawmakers approved it.

Those seeking repeal of the law gathered almost 229,000 signatures to put the issue on next year’s ballot, well beyond the minimum of 124,000 signatures required, The Hill reported. The last time Colorado voters faced a referendum to repeal legislation approved by the state legislature was 1932, when voters reversed a tax on oleomargarine, according to Griswold.

“We’ve had so much support and grassroots volunteers, so this is a real victory for us,” said Rose Pugliese, a Mesa County commissioner and organizer promoting the repeal effort, according to The Denver Post.

“Today, grassroots Coloradans sent a clear message to overreaching Democrats at the state Capitol,” he said. “Colorado’s presidential choice should be controlled by Colorado voters, not population centers in New York and California.”

Those who support the national popular vote legislation are also getting ready for next year’s vote.

“Our focus today is simple—to build the political organization required to win this campaign and bring our country an important step closer to having a popular vote for president,” said Patrick Rosenstiel, who heads the pro-national popular vote campaign.

The secretary of state’s ruling came after the 10th Circuit Court of Appeals ruled on Aug. 20 that Electoral College members are free to vote for the presidential candidate they choose and can’t be bound by the popular vote in their respective states. The case was brought after several Colorado Electoral College members protested being forced to vote for the candidate they were aligned with.

“I think that this decision only highlights the need to abolish the archaic Electoral College,” Polis recently told reporters. “I mean, if voters in our state vote for somebody, and we can’t even make sure that’s who our electors vote for, it’s clearly time to not have this archaic, undemocratic institution of electors and move to direct popular vote for president.”

Some states have laws that punish so-called faithless electors for not voting for the candidate to whom they pledged support, but there have long been legal questions about the enforceability of such laws. In May, the Washington state Supreme Court ruled in a separate case that electors could be fined for refusing to cast ballots for the candidate who won the popular vote in that state.

The new 10th Circuit decision appears to call into question the viability of the national popular vote movement, which seeks to mandate the direct election of the president without having to amend the U.S. Constitution, a notoriously difficult task.

According to a tally maintained by National Popular Vote (NPV), a group promoting the policy, enabling legislation has been adopted in 15 states plus the District of Columbia, representing a total of 196 electoral votes. Those states are California, Colorado, Connecticut, Delaware, Hawaii, Illinois, Massachusetts, Maryland, New Jersey, New Mexico, New York, Oregon, Rhode Island, Vermont, and Washington. Not one is a Republican state. Oregon is the most recent state to join the compact. Oregon Gov. Kate Brown, a Democrat, signed the legislation on June 12.

The plan, NPV claims, would become effective when enacted by several more states with 74 more electoral votes, taking the total to 270 out of 538, the absolute majority required to win the presidency in the Electoral College.

Ratification will be more difficult if Colorado voters force the state to leave the interstate compact.