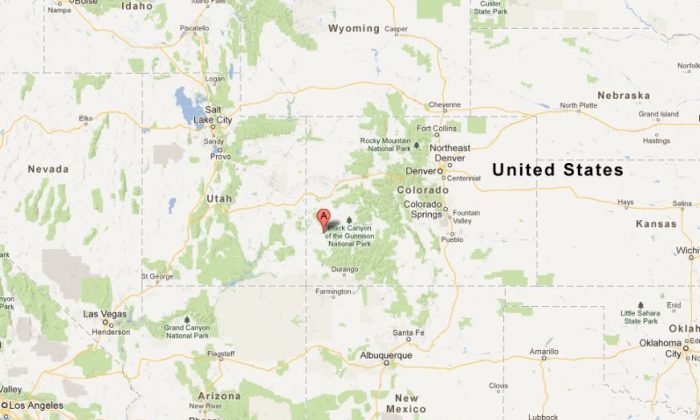 A Google Maps screenshot shows the town of Nucla in Colorado.
US

NUCLA, Colo.—The tiny southwest Colorado town of Nucla is one of the first in the state to pass an ordinance making gun ownership mandatory — with certain exceptions.

The Nucla Town Board last week passed the ordinance requiring residents to own firearms, but it has exceptions for heads of households who don’t want to participate or who cannot legally possess a gun.

According to the Montrose Daily Press (http://tinyurl.com/alwg3a3), Nucla’s ordinance passed by a 5-1 vote. It was inspired by a law requiring gun ownership — with some exceptions — recently enacted by the northern Georgia town of Nelson.

Nelson leaders said their law is mostly symbolic, isn’t being enforced and includes no penalty. But the Washington-based Brady Center to Prevent Gun Violence filed a federal lawsuit against Nelson, claiming the Second Amendment doesn’t require anyone to have a gun, and government cannot require citizens to arm themselves.

Nucla, about 50 miles south of Grand Junction, has fewer than 1,000 people.

“The main reason is to protect Second Amendment rights, especially with the government talking about abolishing them,” said Nucla board member Joshua Newingham. “Out here, we hunt, we do sports shooting. It’s a way of life.”

Nucla’s ordinance states that to provide emergency management for the town and its general public welfare, “every head of household residing in the town limits is required to maintain a firearm, together with ammunition therefor.”

Board member Bill Long voted against the measure, saying it’s unenforceable and meant only to send a message.

“Ideologically, it’s no different than saying, ‘You can’t own guns.’ If you want less government in our lives, this isn’t that. It’s a symbolic gesture.”

The newspaper reports that the Moffat County town of Craig is considering a similar gunordinance, proposed by a citizen.

“We have not done anything with that yet,” Craig City Manager Jim Ferree told the Daily Press.

Montrose County commissioners in February pledged their support for the Second Amendment by passing a resolution.

Since then, Colorado passed sweeping gun-control laws, including expanded background checks and a limit on magazine capacity, taking effect July 1.