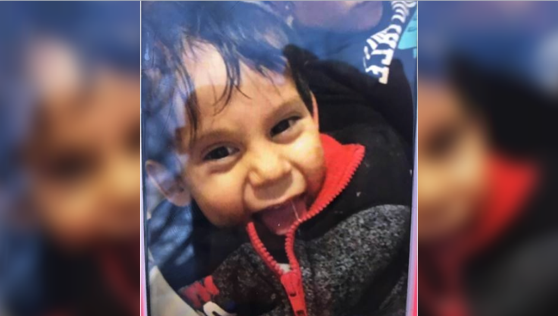 A 2-year-old boy has died from life-threatening injuries after he was found following an Amber Alert issued in El Paso County. (El Paso County Sheriff's Department)
Crime and Incidents

Following a statewide search a 2-year-old El Paso County boy who was found on the morning of Sunday, March 18, has died.

A family member confirmed the death of the child, who was found around 7:30 a.m. and hospitalized with life-threatening injuries, according to a Denver7 report.

Nain Dominguez was pronounced dead despite medical intervention, according to the Denver Post, citing a statement made by officials from the El Paso County Sheriff’s Office.

Investigators did not provide details about where the boy was found or the nature of his injuries.

Biridiana Dominguez, the boy’s sister, told  Denver7 that the child “brought a lot of joy to our family.”

She thanked police and volunteers who helped in the search for her brother, following the announcement of an Amber Alert.

***@AMBERAlert UPDATE***@EPCSheriff continues to look for 2-yr-old Nain Dominguez. They no longer believe the van and suspect information previously provided are related to Nain’s disappearance.

The search for Dominguez began on Saturday, March 17, around 5 p.m. according to KKTV news, after the police were called with a report of a missing child.

The boy was reportedly last seen with an older sibling near Stratmoor Hills Community Park in Colorado Springs.

An Amber Alert was sent out just before 9:30 p.m that day.

El Paso County deputies initially reported the boy was last seen being carried by a suspect into a large, white panel van with no windows.

But after midnight Sunday, officials said the van and suspect information initially provided were not believed to be related to the disappearance.

Nain Dominguez has been found and transported to a local hospital in life threatening condition. The Sheriff’s Office is no longer looking for the white van as a vehicle of interest. We would like to thank the community and media for their assistance. pic.twitter.com/utCvSYZJf0

An investigation into circumstances around the boy’s disappearance continues.