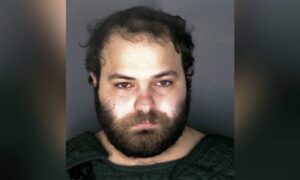 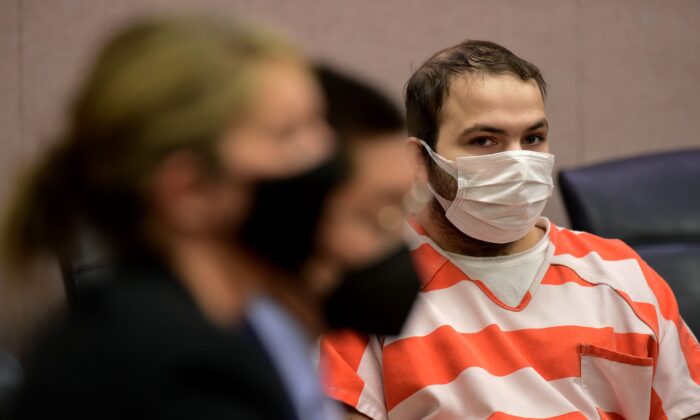 DENVER—A 22-year old man accused of fatally shooting 10 people in March at a Colorado supermarket made his second court appearance Tuesday and a judge scheduled a September hearing to review evidence in the case.

The hearing for suspect Ahmad Al Aliwi Alissa lasted about two minutes and did not include any substantive discussion about the case, including his defense team’s claim the Alissa suffers from an unspecified mental illness.

At Alissa’s first hearing the week of the March 22 attack in Boulder, defense attorney Kathryn Herold said the defense legal team needed two or three months to evaluate his “mental illness” and evidence collected by investigators before proceeding. She did not provide more specific details about his mental health at that time.

The courtroom was closed to the public because of coronavirus public health safety restrictions, with video of the proceedings aired online.

Photos from the lone media photographer allowed inside showed Alissa wearing an orange-and-white jail uniform and a white mask. He said nothing during the hearing as he sat by himself in the courtroom’s jury box, a few feet from his attorneys.

Alissa is accused of killing nine shoppers and workers inside and outside the store and one of the first three police officers who entered the store.

Alissa has also been charged with attempted first-degree murder for allegedly firing at 26 other people, including 11 law enforcement officers. He is also accused of unlawfully possessing 10 high-capacity ammunition magazines, devices banned in Colorado after previous mass shootings.

Investigators have not released a possible motive for the attack. District Attorney Michael Dougherty has said there was no indication that Alissa, who was from the nearby suburb of Arvada, had ever visited the supermarket before.