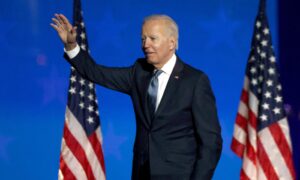 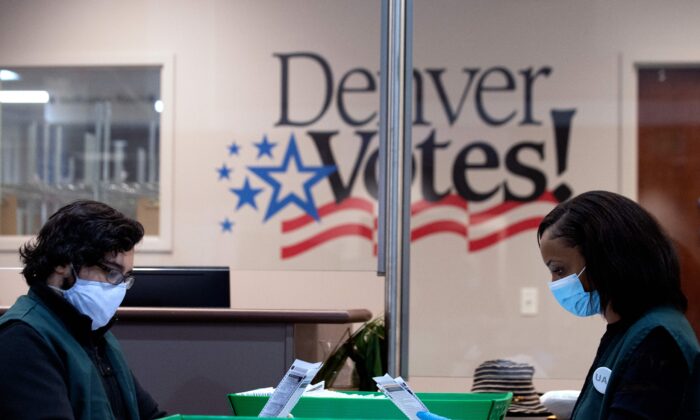 Colorado on Nov. 3 passed a resolution that would mandate awarding all of the state’s Electoral College votes to the winner of the national popular vote.

Called Proposition 113, the ballot measure passed with 52.2 percent of the vote, according to The Denver Post, making Colorado 1 of 15 states and the District of Columbia to be part of the National Popular Vote Interstate Compact (NPVIC). The agreement, which only goes into effect if enough states join up to yield a total of 270 electoral votes, seeks to require that the presidency will be awarded to the candidate that wins the popular vote across all 50 states and the District of Columbia.

Currently, a given state’s Electoral College votes are awarded to the candidate who receives the most popular votes in that state. Critics of the current “winner-take-all” arrangement argue that it leads to a political landscape in which candidates focus a disproportionate amount of attention on the concerns of voters in key battleground states, while ignoring “flyover country.” Advocates of the NPVIC also argue that awarding the presidency to the winner of the popular vote is more democratic.

Proponents of the system now in place argue that it is a fair power-sharing arrangement between higher-population states and lower-population states and reflects the principle of federalism. While it occasionally leads to an outcome in which a candidate is elected to the White House who didn’t win the popular vote, proponents of the Electoral College reason that it prevents smaller states from being dominated by larger states and ensures that whoever wins the presidency enjoys a measure of broad-based support across the country.

“California, New York, Texas, Florida, and Massachusetts would determine every presidential outcome if the NPVIC becomes law,” wrote Darlene Casella, an activist with the Federated Republican Women, in an op-ed for The Epoch Times. “The other 45 states would be powerless.”

Republican officeholders generally favor the current system, with Democrats often portrayed as seeing the NPVIC as a way to get around the Electoral College without the complicated and challenging procedure of amending the Constitution.

Frank McNulty, a Republican former state House speaker who served as an adviser to a group that is opposed to Proposition 113, told The Denver Post that the fact that the resolution passed by a narrow margin indicates “that Coloradans are clearly divided on the issue.”

“They were tricked by California billionaires, who spent millions of dollars to buy our votes for president,” he said. “Colorado’s votes should be decided by Coloradans. This is going to reduce Colorado’s clout, and it’s going to reduce our influence on issues like transportation, water, health care, and funding for our military bases.”

Ray Haynes, who heads the Institute for Research on Presidential Elections, defended the NPVIC proposal in an earlier interview with The Epoch Times, saying it was both legitimate and constitutional. He also said concerns that the proposal would lead to fraud, claimed by some opponents, are overblown.

“First, if critics are concerned about electoral fraud, the current system is much more prone to a focused fraud in a small area. … It is much easier to conceal a localized fraud … fewer people are involved, and fewer fraudulent votes are needed, to completely change the outcome of an entire presidential election,” he said.