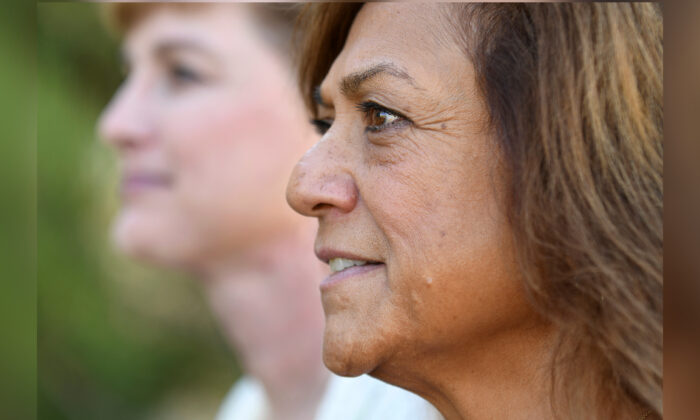 A hospital in Colorado rejected a woman for a kidney transplant after she refused to get a COVID-19 vaccine, officials have confirmed.

Leilani Lutali received a letter on Sept. 28 informing her that the transplant team at the University of Colorado Hospital decided to designate her inactive on the waiting list for transplants.

“You will be inactivated on the list for non-compliance by not receiving the COVID vaccine,” the letter states.

If Lutali continues to refuse to get a vaccine, she “will be removed from the kidney transplant list,” it added.

Neither Lutali nor her designated donor, Jaimee Fougner, have received a COVID-19 vaccine. Fougner hasn’t for religious reasons, while Lutali believes there isn’t enough known about the vaccines, they told KCNC-TV.

According to Lutali, hospital officials previously said vaccination wasn’t required to get a transplant.

“Here I am, willing to be a direct donor to her. It does not affect any other patient on the transplant list,” said Fougner. “How can I sit here and allow them to murder my friend when I’ve got a perfectly good kidney and can save her life?”

The hospital didn’t respond to a request for comment. It told news outlets in a statement that there are many requirements in place at transplant centers, such as requiring patients to avoid alcohol.

“In almost all situations, transplant recipients and living donors at UCHealth are now required to be vaccinated against COVID-19 in addition to meeting other health requirements and receiving additional vaccinations. Some U.S. transplant centers already have this requirement in place, and others are making this change in policy now,” the hospital stated.

State Rep. Tim Geitner, a Republican who first drew awareness to the situation, said in a Facebook Live video that he spoke with Lutali and that she has tested positive for antibodies against the CCP virus, which causes COVID-19, but the hospital refuses to make an exception.

According to the United Network for Organ Sharing, a nonprofit that manages the U.S. organ transplantation system, such policies are not unique, but aren’t mandated for transplant facilities.

“Each transplant hospital makes its own decisions about listing candidates according to the hospital’s best clinical judgment, including whether or not any specific vaccination is part of their eligibility criteria. If you have questions about listing criteria at your transplant hospital, we encourage you to contact the hospital directly,” the network states on its website.

At least one other hospital reportedly rejected prospective transplant recipients over a refusal to get a COVID-19 vaccine.

Sam Allen was told earlier this year by University of Washington Medicine that his heart transplant surgery couldn’t be completed unless he got vaccinated.

“The cardiologist called me and we had a discussion, and he informed me that, ‘Well, you’re going to have to get a vaccination to get a transplant.’ And I said: ‘Well that’s news to me. And nobody’s ever told me that before.’ And he says, ‘Yeah, that’s our policy,’” Allen told KTTH radio.

The university states on its website that people must be fully vaccinated before undergoing a solid organ transplant “unless you have a specific medical exception that prevents you from getting the vaccine.”