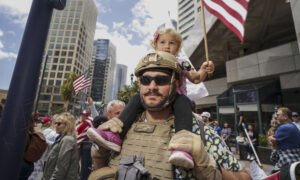 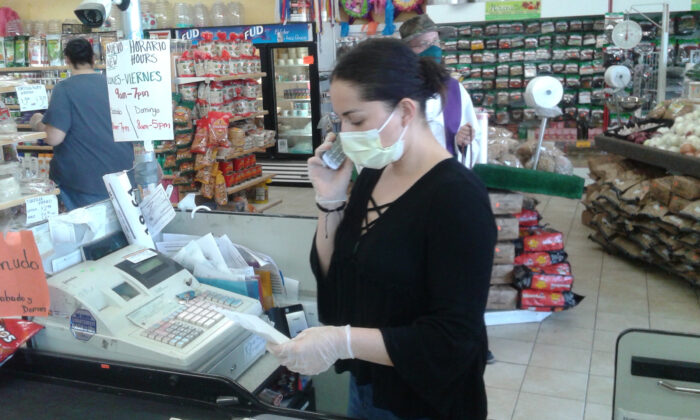 Colorado Gov. Jared Polis said a decision to let some businesses reopen was based on his stay-at-home order succeeding in flattening the curve, noting some measures will remain in place for the time being.

The number of confirmed CCP virus cases in the state appeared to jump to nearly 1,000 on April 23 and 718 on April 24, but those cases didn’t actually happen on those days, Polis said during an April 26 appearance on CNN’s “State of the Union.”

“Those are from weeks before that we finally found and attributed to those two days. So it looks strange on the graph. But we have also released the information that shows the steady trend over time, where this aggressive intervention, which is the stay-at-home, has been effective in leveling and plateauing the curve, which is absolutely critical if we’re going to have any way to sustain the social distancing, for not just weeks, but likely months,” he said.

“I mean, we don’t even have an end date in sight until there’s a vaccine or a cure.”

There are no proven treatments for COVID-19. Vaccines for the virus are in development but not expected until next year.

Polis is one of the few Democratic governors allowing a partial reopening as the United States begins to emerge from a near-total lockdown.

Most modeling predicted widespread transmission and death unless drastic measures were imposed. The projections for deaths and hospitalization in the United States, which took into account social distancing measures, were vastly overestimated, and much remains unknown about the virus.

The United States has more than a million confirmed COVID-19 cases and more than 56,000 deaths linked to the disease as of April 27. Nearly half of the deaths are in the New York region.

Colorado has 13,441 confirmed cases of the CCP virus. Nearly 2,500 patients have been hospitalized and 680 have died, according to the state Department of Health.

The Colorado governor’s stay-at-home order was amended to a phase called “Safer at Home,” which loosens some restrictions but keeps many others in place.

“The Safer-at-Home phase is not a return to normal. This is merely transitioning to a more sustainable level of social distancing that we are going to have to maintain for the long haul—likely months,” Polis said in a statement last week.

The phase includes mandating that older adults and other vulnerable groups stay home unless absolutely necessary, banning gatherings of more than 10 people, and keeping some businesses closed, including nightclubs, gyms, and spas.

Other companies, including businesses such as salons, tattoo parlors, and personal training, will reopen on May 1 with precautions in place, such as limits on the number of people allowed inside.

Retail businesses are reopening for curbside delivery, and real estate home showings resumed on April 27, while hospitals and other health care facilities are being allowed to resume elective procedures and other medical work deemed nonessential in the previous phase.

Offices can reopen at 50 percent reduced staffing capacity starting May 4. Child care facilities are also being allowed to reopen or expand.

Denver, Aurora, and some other metro areas aren’t reopening until at least May 8.

“This virus is not going away, and we need to be prepared for the long-term impacts,” Denver Mayor Michael Hancock said last week.

Denver officials are in contact with state officials. They want to make sure they have “adequate contact tracing and testing capability, and the time to provide the guidance that our residents and business community need to reopen safely,” Hancock said.

Contact tracing refers to the practice of identifying people who came into contact with confirmed CCP virus patients.

Many of the areas have a higher caseload, while some remote counties have seen few or no cases, Polis noted over the weekend.

“Colorado has a proud tradition of responsible local control, and what works for Denver, that has had over 2,300 cases, with the number of positive cases increasing from the day before, may not be the same solution for Bent County, that has zero detected cases so far,” he said in a statement.

Polis is supporting local officials in their decisions.

During his appearance on CNN, Polis cited Mesa County, which has a low number of cases, and Eagle County, which includes Vail and its ski areas.

Some officials are worried about a potential second spike of the CCP virus in the fall. Polis is among them.

That concern led officials to work on plans that loosened some restrictions, he said.

“It’s why we have really been really laser-focused, as an administration, on figuring out how we can endure and sustain these kinds of social distancing measures—our target is about 60 to 65 percent social distancing from the way people used to live—and how we can do that over a period of months in a psychologically sustainable way, and, of course, an economically sustainable way that meets the health goals of the state,” he said.

Officials will be watching to see if the number of cases rises in certain areas and will adjust guidance based on a range of data, including mobility figures.

Polis said officials wish they could get information from the future, but things just don’t work that way.

“That’s not the world we live in. We have to make the best informed decisions, based on data and science, with the information we have,” he said.