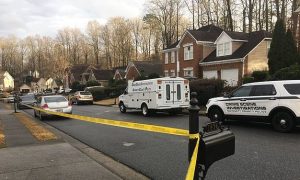 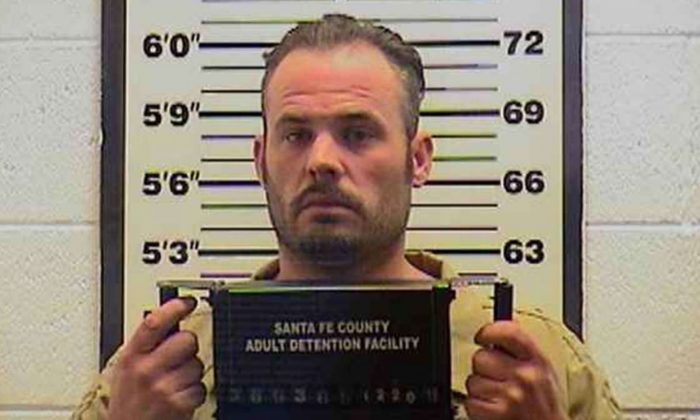 Heith Gleason, who is facing a murder charge in the killing of Colorado resident Amy Garcia, reportedly said following her death that his son 'just earned his man card.' (Santa Fe County Sheriff’s Office)
US News

A Colorado father charged in the death of a mother in December reportedly told his son he “earned his man card” after the woman’s death.

Heith Gleason and his 12-year-old son Gage were both charged with first-degree murder in the slaying of Amy Garcia in Walsenburg, on Dec. 20 The alleged remark from Gleason to his son surfaced in a police report obtained by KOAA on Jan. 2.

Garcia’s body was found in a burned-out vehicle that appeared to have been shot up.

A witness who spoke to Gleason in his home prior to the alleged murder told police that he and Garcia, a 41-year-old mother of four, were arguing over alcohol, the report said.

Gleason and Garcia drove to her home to get more alcohol before they went back to Gleason’s home.

The witness then said Gleason picked up a gun and stated, “I’ll kill her,” referring to Garcia, before going outside. A gunshot was heard before the suspect came inside.

He then told the witness he didn’t kill the victim. A short while later, his 12-year-old son, Gage, went outside with a .22-caliber gun and more gunshots were heard by the witness.

Gleason went outside and came back in, telling the witness that his son “just earned his man card,” the arrest affidavit stated, citing the witness.

The father and son were tracked down to Santa Fe, New Mexico, and were detained near a McDonald’s, KKTV reported. Officers also took three bulldogs and Great Dane from Gleason’s Dodge Ram truck, according to a report from the Albuquerque Journal.

While police were searching for the pair, Gleason allegedly told the Journal last month that they were heading to North Carolina for Christmas, according to the Journal.

“It was a bad crime,” Capt. Milan Rapo with the Huerfano County Sheriff’s Office told KOAA. “I don’t think anyone in this community has had to deal with anything like that. In a small community like this, especially with someone like Amy, a lot of people knew who she was.”

"Really difficult thing for anybody to have to go through.": 41-year-old Amy Garcia spent her whole life in Walsenburg, and now the town is coping with her death.

Relatives of Garcia have spoken out following the woman’s death.

“I’ve known her since we were seven years old, we went to school together, middle school high school,” said Lucas A. Valdez, who was engaged to the woman at one point, KOAA reported.

“[She was] super amazing with all of her kids, every single one of them, she was very supportive,” Valdez added. “Really difficult thing … for anybody to have to go through and honestly, I hope he pays for what he does,” he said of the suspect.

Walsenburg is located in southern Colorado about 50 miles from the New Mexico border. Santa Fe is located approximately 150 miles away.