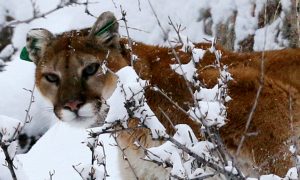 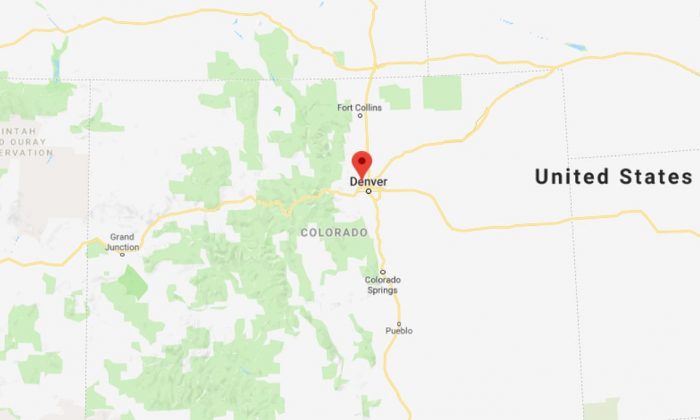 A Colorado clerk rescued a baby just seconds before the child’s mother collapsed from a seizure.

The incident was captured via a surveillance camera inside the convenience store in Arvada, Colo., according to KDVR-TV.

The mother, Jessica Heinonen, can be seen picking up a soda and taking it to the counter.

However, Cashier Rebecca Montano said something seemed off about Heinonen.

“She came up to pay for an item and I was talking to her and trying to make the baby smile,” Montano told ABC7.

“All of the sudden she had a blank look on her face and I sensed something was very wrong.”

Instinctively, she reached over the counter and grabbed the baby’s arm right before the mother started to wobble.

The mother then tumbled to the ground, and she “hit her head badly,” Montano added.

“I just wanted to save the baby from getting hurt,” Montano, a mother of five, told 9 News. “If she would’ve fallen with the baby in her arms, who knows where that baby would’ve landed?”

“The police said I did the right thing by taking the baby because if she had fallen with the baby it could have been really bad,” Montano told ABC7.

According to Inside Edition, Heinonen said she is epileptic and is prone to seizures.

Could you have done the same?

“I was really glad she grabbed Anabelle,” Heinonen said. “It was really hard not to be able to say anything. I was freaking out having her in my arms.”

Montano said she feels guilty for not being able to help the mother from falling.

“I felt bad because she fell and I thought ‘Oh my God, I couldn’t grab Jessica because I still had Annabelle,'” she said.

Heinonen didn’t want her to feel bad and said, “Of course she is a hero. I very much appreciate it. You can tell she’s a very caring, sweet person.”

According to the Mayo Clinic, “Epilepsy is a central nervous system (neurological) disorder in which brain activity becomes abnormal, causing seizures or periods of unusual behavior, sensations, and sometimes loss of awareness.”

She knew something was wrong when the woman walked up to the counter.

It says that anyone can develop the condition and affects males, females, and all races, ages, and backgrounds.

“Seizure symptoms can vary widely. Some people with epilepsy simply stare blankly for a few seconds during a seizure, while others repeatedly twitch their arms or legs. Having a single seizure doesn’t mean you have epilepsy. At least two unprovoked seizures are generally required for an epilepsy diagnosis,” says the medical website.

What Is Epilepsy?(http://ow.ly/BanZ30l9E1Z)Epilepsy is a neurologic disorder that causes an individual to have…

“Symptoms vary depending on the type of seizure. In most cases, a person with epilepsy will tend to have the same type of seizure each time, so the symptoms will be similar from episode to episode,” says the Mayo Clinic.

According to the U.S. government’s Medicine Plus website, the cause is typically unknown.

However, “epilepsy has many possible causes, including illness, brain injury, and abnormal brain development,” it says.