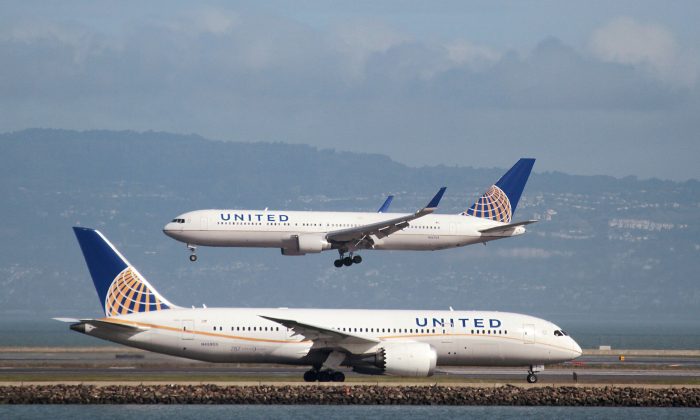 A Colorado woman had to call an ambulance for her overheated baby after United Airlines staff refused to let her off the plane, according to reports this week.

Emily France, who was on a Texas-bound flight, said her baby started to overheat, forcing her to request an ambulance. It took another half-hour before she and her baby were allowed off the plane, she said, the Denver Post reported.

The plane was delayed amid a heatwave in Colorado, which saw 100-degree weather last week. “There was just hot air coming from the vents,” France told the newspaper. She estimated that she and her son, named Owen, were on the plane for two hours.

“They were not equipped to handle it. They couldn’t evacuate us,” she told the Post. “It was chaos. I really thought my son was going to die in my arms.”

“His whole body flashed red and his eyes rolled back in his head and he was screaming,” France told the Denver Post. “And then he went limp in my arms. It was the worst moment of my life.”

Owen was eventually taken to the hospital and was treated for overheating; he’s expected to be fine, NBC News reported.

United Airlines, already roiled by scandals, was forced to release a statement.

“This should never have happened,” United Airlines said in a statement to NBC. “We are profoundly sorry to our customer and her child for the experience they endured. We are actively looking into what happened to prevent this from occurring again.”

United appeared to counter France’s claims on the timing, saying that medical care was provided to the child 16 minutes after the captain requested paramedics.


Over the past several months, United Airlines has been dealing with a series of public relations crises.

Dr. David Dao and Untied reached a settlement after Dao was bloodied and dragged from a plane—a video of which went viral and became meme fodder. After that, a scorpion stung a man on a United plane from Houston to Calgary, Canada, a giant rabbit died on another United plane, and two young women earlier this year were booted from a United plane after an agent said their leggings weren’t appropriate.