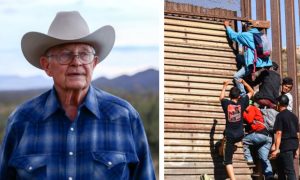 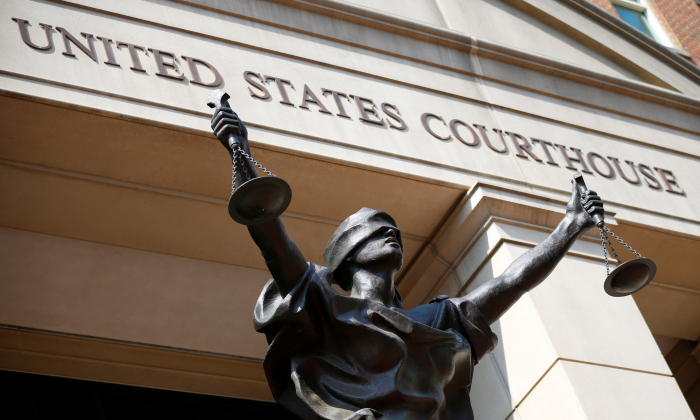 Collusion? Yes, Between the Prosecutors

Should President Donald Trump decide to pardon Manafort—who served for several months as his campaign chairman—for federal crimes, the prosecutors will have ensured that Manafort will still face a prison term in the New York state criminal justice system.

Federal prosecutors can assume the mantle of white knights, defending the populace from evildoers, enforcing rights guaranteed by the U.S. Constitution, and maintaining the faith of Americans in their criminal justice system.

Or, just as easily—perhaps more easily—they can take on the role of oppressors, using the federal criminal justice system to silence opposition, to restrain dissent, to enforce the powers of those in command. The changing of roles is an easy one, a subtle transformation that can go almost unnoticed.

The most frequent example of an abuse of authority by federal prosecutors is the use of “overcharging,” a routine practice in the Southern District of New York, and one that has been used by special counsel Mueller in virtually all his cases.

This is how it works: An individual targeted for prosecution can be charged with one crime, one that he or she perhaps did indeed commit, and face a possible five-year prison sentence if federal sentencing guidelines are followed. Or, to make matters simpler and less burdensome for the prosecutor, the individual can be charged with additional crimes in which he or she might have been only tenuously involved—crimes that can be justified only by stretching the statutory language to the breaking point.

Now, the individual faces a potential for 25 or more years in prison. The net result is a quick plea bargain to the original count, a five-year sentence, with little work on the prosecution’s part. Federal prosecutors have a better than 95 percent conviction rate. The arm-twisting is seductively easy.

This has resulted in a longstanding underlying tension between the FBI and prosecutors in the Department of Justice (DOJ): an uneasy working relationship burdened by mutual distrust and often-conflicting goals. FBI agents–field agents–seek to uncover the truth, to find those truly culpable, and to build cases that allow for appropriate punishment (notwithstanding recent abuses by FBI executives in the bureau’s headquarters in Washington).

Prosecutors in the DOJ, who are often the children of privilege and graduates of exclusive universities performing their two or three years of “public service” before moving onto high-paying jobs in elite white-shoe law firms, are looking, generally, for statistics—that is, easy wins, playing the role of tough guys for a few years before returning to a life of ease.

With little in the way of street sense or real-world experience, it’s easy for them to be “tough” on the bad guys. FBI special agents, who usually serve for the entirety of their careers and who risk their lives, know better.

Arrests ordered by Mueller’s office for Manafort and Roger Stone further highlight the potential for abuse and intimidation, the application of the overwhelming force of the state in order to set an example for others who may be tempted to stray from mainstream politically “acceptable” beliefs and systems. Both were accused of committing routine white-collar crimes, activities that often go unnoticed, unpunished, or are only marginally enforced with token sentences.

Here the two subjects had committed aggravating acts, which in the eyes of prosecutors merited additional charges and enhanced penalties: Stone and Manafort had the temerity to be associated with the campaign of the heretic Trump.

Suddenly, “progressives“ who have never been heard to criticize a judge’s sentence of a convicted felon other than to decry its severity, now condemn Judge T.S. Ellis of the U.S. District Court in the Eastern District of Virginia, for sentencing Manafort to “only” four years (47 months, to be precise) in prison.

This for a nonviolent crime by a hitherto never criminally convicted individual who is 69 years old. And spurious comparisons to the sentence given former congressman William Jefferson on Nov. 13, 2009, who was convicted of accepting bribes–$90,000 of the cash being recovered from his refrigerator freezer–are inappropriate.

Jefferson was an elected public official, entrusted by the American citizenry, who in his capacity as a servant of the people must be held to a higher standard. And having betrayed the public trust, he must be harshly treated as a deterrent to others tempted to commit similar acts.

Manafort, on the other hand, is a businessman, elected by no one, and entrusted with no special confidence, who committed transgressions that, however inappropriate they may have been, weren’t violations of the public trust.

Furthermore, to suggest that the disparity in sentences was influenced by the race of the two defendants is a specious attempt to insert race into a scenario where it truly doesn’t belong–and simply reveals the racist agenda of those making such claims.

Manafort will celebrate his birthday on April 1, when he will turn 70. Following sentencing earlier this month by Judge Amy Berman Jackson in Washington federal court, he is now facing 81 months of federal time.

On the same day as the sentencing, New York District Attorney Vance announced the filing against Manafort of mortgage fraud charges; the timing of the announcement is so blatantly political as to invite criticism. There was not even an attempt, a pretense, by Vance to project the illusion of independent action by a parallel jurisdiction. Had the charges been brought a few weeks earlier or later, he could have made at least a show of acting on his own.

But the timing was such as to create maximum effect, indicating even to the most casual observer “collusion” between special counsel Mueller’s office and the non-federal (New York) state prosecutor. It can hardly be a coincidence, reminiscent as it is of the timing of the twin convictions of Manafort and former Trump attorney Michael Cohen on Aug. 22, 2018, engineered, no doubt, to create an impression of momentum.

One thing is certain. Manafort will have learned his lesson about the value of entering a guilty plea with a view towards plea negotiations and a reduced sentence. As to the charges he now faces in New York City, he has no choice but to go to trial. Any plea agreement offered by Vance’s office will no doubt include significant jail time, and as I wrote earlier, the state conviction would be beyond the reach of a presidential pardon.

Manafort’s best hope is for a presidential pardon regarding the federal convictions, and a courtroom victory in New York. MSNBC journalist Julia Ainsley commented on March 13 that the additional prison time imposed by Judge Berman and the announcement of the charges filed by Vance are each a big “victory” for Mueller.

One might ask why an indictment for mortgage fraud, unrelated to the president, and certainly unrelated to charges of Russian collusion, should prove a victory for the special counsel.

New York had hitherto applied the doctrine of equitable double jeopardy, meaning that if someone has been prosecuted and convicted in a different forum, such as federal court, for the same overlapping fact patterns, then the individual wouldn’t be re-tried in a state court.

This has been a way for the state to enforce a constitutional principle protecting individuals from double jeopardy–that is, from being prosecuted twice for the same charges. This principle is considered so fundamental to fairness that the Founding Fathers incorporated it as the Fifth Amendment to the Constitution.

Vance has now set aside this important constitutional protection for apparently political ends: to make Manafort pardon-proof. By this decision, Vance has set aside an important protection and set a precedent that can be used against others in the future.

Following in the footsteps of Mueller, Vance is eroding the rights of all for the sake of pursuing convictions of unpopular and sometimes unsympathetic individuals. Few are the voices raised in protest. But once the precedent has been established, all will be vulnerable, whether popular or not.