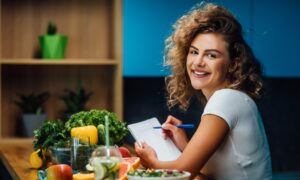 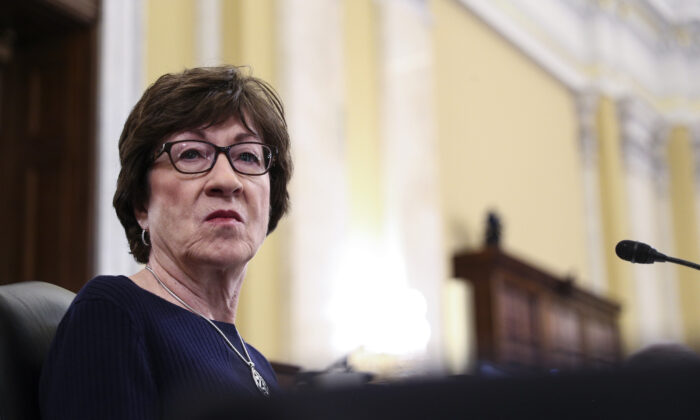 Sen. Susan Collins (R-Maine) said Wednesday that Senate Majority Leader Chuck Schumer (D-N.Y.) showed “absolutely no interest” in trying to negotiate a bipartisan agreement on the COVID-19 relief bill, calling into question the sincerity of the pleas for unity from President Joe Biden and the desire of Democrats to work with Republican members of Congress.

Collins made the remarks after Schumer said in a Tuesday interview on CNN that Democrats moved to pass the American Rescue Plan via budget reconciliation, a process that allowed them to sidestep the Senate filibuster and so not require any GOP buy-in, because Republicans were not negotiating in good faith.

The New York senator also took a dig at Collins directly, saying it was a “mistake” for Democrats to work with Collins during the Obama administration on efforts to formulate a relief package following the 2008 financial crisis.

“We made a big mistake in 2009 and 2010,” Schumer told the outlet. “Susan Collins was part of that mistake. We cut back on the stimulus dramatically and we stayed in recession for five years.”

Collins led a recent GOP delegation to the White House in a bid to negotiate a smaller rescue package than the sweeping $1.9 trillion bill that Republicans argued was packed with non-pandemic related spending and panned as a “liberal wish-list.”

“I have a very good relationship with President Biden,” Collins said of the effort, adding, “We don’t agree philosophically, but we could certainly work together.”

Collins said that after she and a group of ten Republicans went to the White House and had “an excellent, worthwhile, productive” two-hour meeting with Biden, at which they presented him with “a very specific plan for $618 billion in COVID relief.”

The Maine senator then said that the day after the White House meeting, Schumer announced the Democrats would pursue the budget reconciliation process to get the relief bill passed, which Collins alleged was done “in order to shut out the Republicans altogether.”

“He showed that he had absolutely no interest in trying to negotiate a bipartisan agreement despite our very sincere effort to put forward an initial package that could serve as the basis for negotiation,” Collins said, adding that in 2020, Congress acted in a bipartisan fashion to pass five different COVID-19 relief bills totaling nearly $4 trillion.

“Yet as soon as Chuck Schumer takes over as Majority Leader, we pass a highly partisan bill, much of which has nothing to do with fighting this terrible pandemic,” Collins said.

Republicans have opposed the American Rescue Plan, calling it excessive and wasteful.

Senate Minority Leader Mitch McConnell (R-Ky.) said the package is too big at a time when the virus is showing signs of easing and the economy is poised to come “roaring” back.

And rather than working across the aisle toward unity, as Biden promised, McConnell said Democrats are “ramming through what they call ‘the most progressive domestic legislation in a generation,’” citing the White House chief of staff.

“They explained their intent very clearly: to exploit this crisis as ‘a tremendous opportunity to restructure things to fit our vision,’” McConnell said.

The American Rescue Plan is the first COVID-19-related relief bill that has had zero support from Republicans in the House or Senate.

In a March 5 press conference, Sen. Lindsey Graham (R-S.C.), Senate Minority Whip John Thune (R-S.D.), and several other Senate Republicans criticized what they said was a partisan process around passing the bill, calling Biden’s previous calls for unity “hollow,” and denouncing the package as “bloated, wasteful, and partisan.”

Reporters asked Collins whether she plans to work with Biden on other priorities like the big infrastructure plan—rumored to be worth at least $2 trillion—that is in the pipeline.

“I am going to continue to work with President Biden and his administration,” Collins said, “and I just hope that Senator Schumer does not continue to be an obstacle to bipartisanship.”

Sen. John Barrasso (R-Wyo.) defended Collins in an interview on CNN on Wednesday, saying “it doesn’t help bipartisanship when Chuck Schumer goes on Anderson Cooper as he did last night and attacks the most bipartisan member of the U.S. Senate, who is Susan Collins, attacked her by name, and essentially said she was responsible for five years of a recession under President Obama.”

Barrasso added that he hopes Biden will speak out against Schumer’s remarks about Collins.

“She’s a spine of steel, she’s a hard worker, she’s not going to be bullied or bribed by Chuck Schumer,” he said.