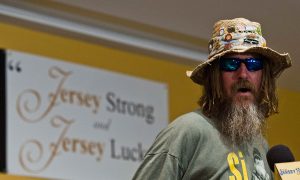 Prior Lottery Winner Says Winning Isn't All That Great
0

$6.1 Million Lottery Prize in Limbo After Canadian Couple Breaks Up
0 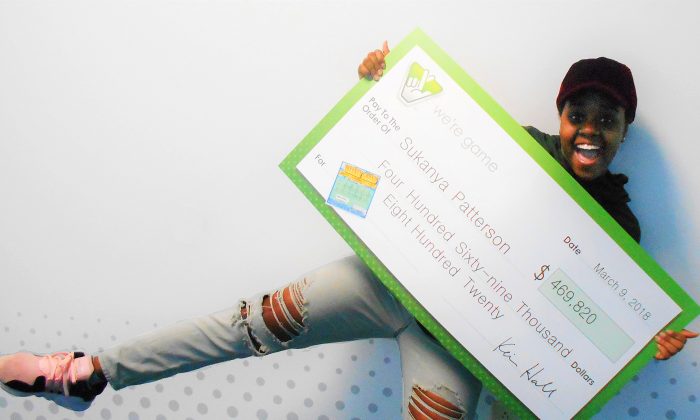 Sukanya Patterson’s $10 purchase of scratch-off tickets paid off in a big way. (Virginia Lottery)
US News

Radford University freshman Sukanya Patterson was heading home for spring break when she decided to buy a couple of lottery tickets. Now her education is paid for—and more.

Patterson was headed back to Newport News, Virginia, when she stopped at a 7-Eleven next to the Radford campus. While checking out she decided to buy five Weekly Grand scratch-off tickets.

Weekly Grand refers to the possible top prize—$1,000 per week for ten years.

The five tickets only cost $10, and odds were, she would at least win a free ticket.

She pocketed the tickets and went on her way. Later, she scratched off the paint to reveal the prize—and froze.

There were only four top-prize tickets out of the nearly 17 million Weekly Grand tickets printed, and Sukanya Patterson is the first person to find one.

Patterson, an interior design major at Radford University in Radford, Virginia, chose to get the lump-sum payout of $469,820. She said she plans to use the cash to fund her education.

Unless she is planning on grad school, she might find she has some money left over—but that’s not a bad thing.