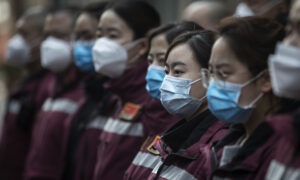 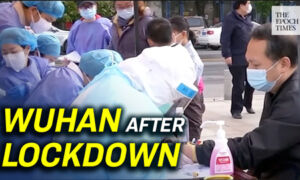 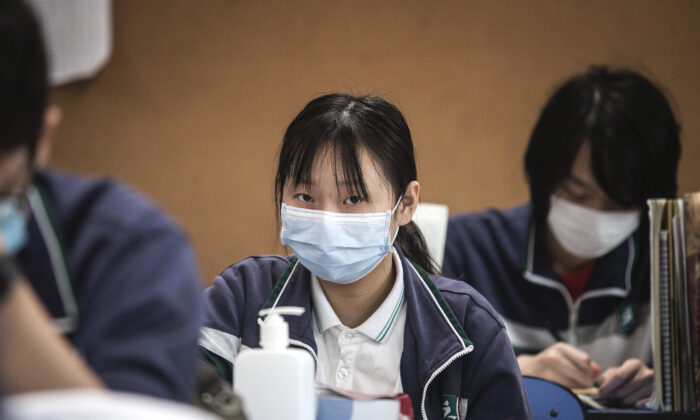 Senior students study in a classroom No. 6 Middle School in Wuhan, Hubei Province, China, on May 6, 2020. (Getty Images)
China Society

On Sept. 20, at around 11:30 p.m., students at the Xi’an International Studies University (XISU) who were under COVID-19 lockdown broke out into half an hour of screaming and shouting. They angrily exclaimed, “No more lockdown!” from their dorm windows.

Though provincial authorities have claimed that COVID-19 outbreaks in China are under control, a number of schools are continuing their lockdown restrictions, including XISU. However, according to students, the university did not prepare enough basic necessities for them. Thus, discontent erupted among the student body.

Li Qiang (alias), a university senior, said in an interview with The Epoch Times that students were not allowed to move around freely since Aug. 28, the school reopening day after the summer break. Students reported their challenges to the school authorities, but no substantial change took place.

“The shouting first broke out from the girls’ dorm buildings. Then it flared up and spread to all the other buildings, lasting about half an hour, from 11:30 to 12 a.m. No school officials showed up at all. Only dorm staff were seen walking to and fro,” Li said.

Li was frustrated at the double standard at his university—as faculty are allowed to move about freely. “Only we students are banned from going out…No one can guarantee that they’ll [faculty] never get infected with COVID-19. That makes no difference from a non-lockdown. Even nearby local residents are allowed inside [the campus often…We’re very dissatisfied,” he said.

Li added that the only remaining open shopping center was recently shut down by authorities for selling outdated items. Students have no other option but to order online. “However, your ordered parcels can only reach the west gate of the university. No further. When it is meal time, it’s terribly crowded and hard to pick up your package,” he complained.

Some students told the Beijing News, a state media outlet, that courier companies are the only channel for them to buy daily necessities. However, parcels often pile up due to sorting pressure at the pickup points. Some parcels were damaged, students said.

Another XISU student surnamed Chen complained that girls living in the dorms have to wait for quite a long time in line before they get a chance to take a bath. This is because there is only one public bathroom open to them, whereas there were four prior to lockdown.

A junior surnamed Guo said that during the lockdown, vegetables, bread, and other food items became more expensive. The price of a slice of watermelon jumped from two yuan ($0.29) to five yuan ($0.74). “Even meals provided by the school dining halls went up in price.”

On Sept. 21, university authorities issued a notice, promising that they would simplify registration procedures that are required for every student who wishes to leave the campus premises; add a makeshift campus shopping center; enhance logistic capabilities; and ensure that overcharging will be treated seriously. But soon after on the same day, netizens reported that XISU was beginning to probe who were the students who exposed the school’s actions, and encouraged students to provide intel, according to Focus News EU.