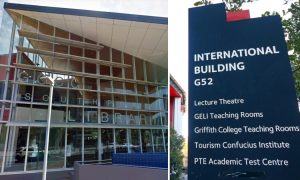 After Controversial Event, Gold Coast Library Has No Plans to Engage with Confucius Institute in Future
0 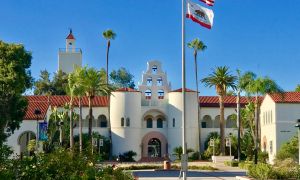 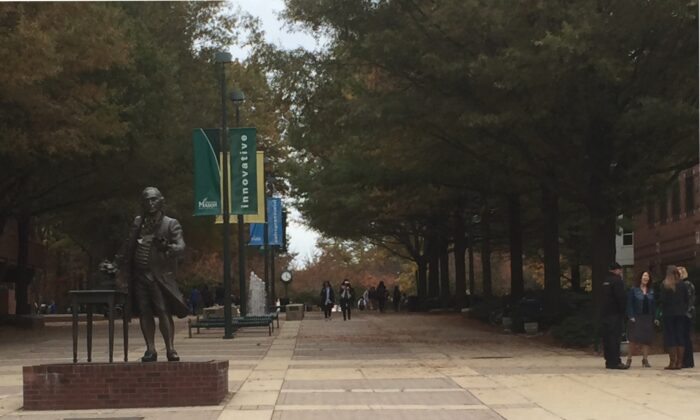 Bipartisan groups of college students across America have joined forces with nonprofits, human rights organizations, and leaders of the youth organizations of both Democrats and Republicans to call for the closing of Confucius Institutes on college campuses across America.

Confucius Institutes are instruments of Chinese soft power and propaganda funded by the Chinese Communist Party (CCP). More than 100 were established in universities throughout the United States from the mid-2000s on.

Human Rights Watch reports that as of January, 29 colleges had closed their institutes, largely due to the National Defense Authorization Act of 2018, which requires academic institutions to choose between receiving language funding from Confucius Institutes, or from the U.S. Defense Department.

Caleb Max, a senior at George Mason University in Fairfax, Virginia, said he was inspired to build support to challenge the influence of the Confucius Institute on his campus when he discovered that the organization was spreading CCP propaganda on campus.

Max pointed out the irony that his college is named for the author of Virginia’s Declaration of Rights, yet “my tuition dollars are going to fund the Chinese Communist Party’s propaganda on my own campus.”

Max said that another motivation to organize support to close the CCP-funded organization was his discovery that some Chinese students at George Mason felt intimidated by Confucius Institute staff.

During his conversations with Chinese students, Max came across some who said the Institute was “bothering them.” When asked, however, if they would sign the open letter that his new nonprofit, Athenai (Action to Halt the Expansion of Neo-Authoritarian Influence), put out this week announcing its mission to close the institutes, the students demurred.

Asked why, they said they were afraid of reprisals against their families back in China.

The publicly available agreement between the Confucius Institute and George Mason University states that among the institute’s scope of activities is to provide “non-degree Chinese language courses,” administration of a Chinese language proficiency test, training of Chinese language teachers, and “language and cultural exchange activities.”

Nothing in the agreement suggests that the Confucius Institute has either a right or a responsibility to interact or intersect with Chinese students at George Mason in any way.

Indeed, the Institute, whose headquarters are in western Beijing, pledges in the agreement to “observe and respect the commonly accepted principles of academic freedom.”

Max said that in creating Athenai, “our biggest fear is that this is seen as something racist to the Chinese students.” Emphasizing that the open letter and the press release “are 100% student-written” by Athenai President Rory O’Connor, Executive Director John Metz, and Max himself, the students also enlisted the outside advice of others, who looked at the documents and said “it doesn’t come across as racist.”

Among those advisers is Dr. Yang Jianli. Yang’s LinkedIn profile says he’s a Harvard fellow and president of Initiatives for China. Yang is a dissident who participated in the Tiananmen Square protests in 1989.

The Confucius Institutes are also well-financed, according to Max and other sources.

Typically, the target university matches Chinese contributions dollar for dollar, making the university not only the host of the institute but a partner, as well.

The Chinese budget for the Confucius Institutes around America is said to be in the range of $100 million, according to Max.

According to its press release, “The Athenai Institute is a 501(c)(3) bi-partisan nonprofit founded in May 2020 dedicated to defending the academic and financial integrity of universities and academia in the face of sustained efforts by the government of the People’s Republic of China to limit free discussion of human rights abuses on university campuses in the United States.”

The letter states that it was written “in response to calls from within Chinese civil society, and in light of the continued struggles of Hong Kongers, Mongolians, Taiwanese, Tibetans, Uyghurs, and others.”

“We are compelled,” it states, “to voice our concerns over the present state of academic freedom, and bring to light the continued exploitation of liberal, democratic academic institutions by authoritarians.”

“We further seek to condemn, in the most unequivocal terms, all anti-Asian sentiment, violence, and hateful acts,” the letter states.

Saying that it wants to “call attention to the threat posed by the Chinese Communist Party [which] represents an affront to the fundamental belief in the dignity of the human person,” the call to action demands “the immediate and permanent closure of all Confucius Institutes in the United States.”

The document cites “a long and growing list of offenses” that make up a “campaign undeniably aimed at expanding the reach and power of the Chinese state’s apparatus of power.”

It states that Confucius Institutes “promote self-censorship,” and “censor discussion of issues ‘sensitive’ to the Chinese Communist Party.”

Most egregiously, and despite the lack of a mandate to involve itself with the affairs of Chinese students, Confucius Institutes have restricted the rights of students to express political views, to freely organize, and to join associations, Athenai states.

Max says that George Mason’s Confucius Institute “has a lot of power,” including intimidation, and not just of students.

He recounts an incident that occurred earlier this year on the George Mason campus. Attending a meeting of students and faculty, “I stood up and said something about how we shouldn’t have Confucius Institutes on campus.”

Afterwards, “a gentleman pulled me aside.” He turned out to be a member of the university’s academic community. “He walked me over to his private office,” and only there would tell Max that his involvement in bringing the Confucius Institute to George Mason had been his biggest mistake.

Max credits teamwork, and Athenai President Rory O’Connor, whom he met by chance at a human rights event held on Capitol Hill, for drafting the open letter, and mobilizing support among college Democrats.

He also credits the example of his grandfather, retired Rep. Frank Wolf, a noted champion of human and religious rights in the U.S. House of Representatives during a 34-year career representing his northern Virginia district. Wolf was also an early critic of the Chinese Communist Party rights record.

An original 1998 version of a congressional act supporting religious rights across the globe was renamed the Frank R. Wolf International Religious Freedom Act when it was amended, strengthened, and signed into law in December 2016.

Max says next steps include establishing Athenai chapters in colleges throughout America, enlisting donor support, and directly lobbying university presidents to shut down their Confucius Institutes.