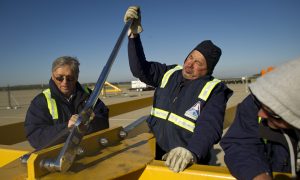 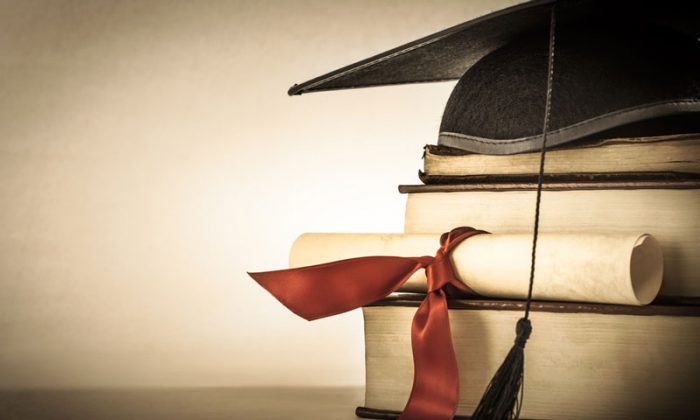 College Prices Continue to Creep Up

WASHINGTON—Time to stock up on the ramen noodles. The average cost of attending college crept up again this year, the College Board said Thursday.

The average sticker price, with room and board included, for undergraduate students attending a four-year college or university in their home state was $18,943. Out-of-state students at those schools paid, on average, $32,762. At two-year public schools, in-state students paid an average $11,052.

The cost to attend a private, four-year nonprofit college: $42,419, on average, including housing and meal plan.

Books and transportation costs can add more than $2,000 to the cost of attending college, and that rises even more for commuters.

The highest rate of increase of 3.7 percent was among private, nonprofit colleges. And even though the increases across higher education outpaced inflation, the rates of increase were lower than those students saw five, 10 or 30 years ago, the College Board said.

When adjusted for inflation, students are paying more than triple what students paid 30 years ago to attend a public, four-year institution and about 2.5 times more to attend a private nonprofit or two-year public one.

“The price increases are actually quite moderate this year, but still, what people are paying, and this is before financial aid, is the accumulation of many years of price increases,” said Sandy Baum, a co-author of the nonprofit College Board’s annual college pricing report. “So, if the price goes up just a little bit this year, people aren’t really going to breathe a sigh of relief because the price is already high from their perspective.”

Baum said during tough economic times, college costs tend to go up because public institutions receive less in state dollars and private ones see a decrease in endowments and in giving. Other contributing factors are wide ranging from the increasing costs of technology to health insurance for university employees.

Only the wealthiest of Americans are seeing their incomes rise, so most students feel the tuition upticks more, Baum said.

The number of full–time undergraduate students increased by 16 percent in the three years leading up to fall 2010 to 13.7 million, but then declined to 13 million in fall 2013. The number of students taking out student loans and the amount taken out, on average, by students has been declining, the College Board said. It said about 60 percent of students who earned a bachelor’s degree in 2012-2013 from public or private, nonprofit schools from which they began their studies graduated with debt, borrowing an average of $27,300.

The breakdown in pricing:

Published prices don’t necessarily reflect what students actually pay because they don’t include grant dollars provided by institutions or government aid such as Pell Grants, the GI Bill and tax credits. This school year, full-time students received an average of about $6,110 in aid at public four-year schools, $5,090 at public two-year ones, and $18,870 at private colleges.

The average in-state prices at four-year schools ranged from $4,646 in Wyoming to $14,712 in New Hampshire.

For out-of-state students, the most affordable tuition of $9,910 was in South Dakota. On the other end, the most expensive was $34,331 in Vermont.

*Image of “graduation” via Shutterstock