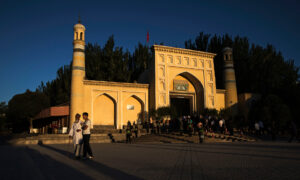 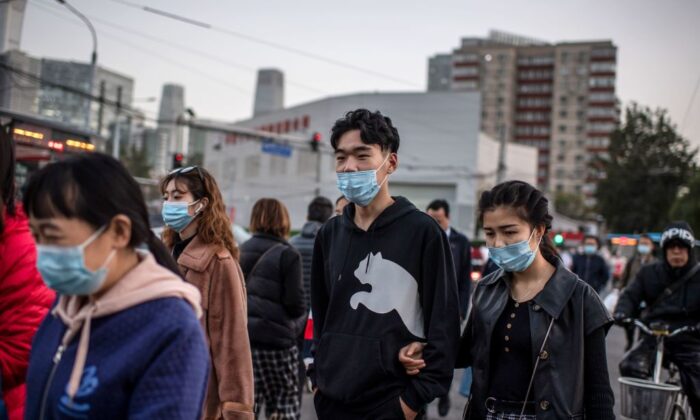 Student: College in China’s Xinjiang Under Lockdown for Over 6 Months Due to Pandemic

A female college student at the Xinjiang Education Institute revealed how her life has changed since her school imposed a lockdown in April to prevent the spread of COVID-19.

The lockdown is still in place more than half a year later, said the sophomore student who goes by the pseudonym Zhang Yan, in a phone interview with the Chinese-language Epoch Times. Students at her school were forbidden to leave for their summer break.

The prolonged lockdown brings into question the authorities’ narrative about the current outbreak in China’s far-western Xinjiang region, since the CCP virus, commonly known as the novel coronavirus, surfaced in China in late 2019.

Since then, Xinjiang has seen at least three separate waves. The first one occurred around January, the second one started in July, and the third one in late October.

Zhang said the school initially told the students that they could leave school around Nov. 12, but the plan was scrapped after school officials learned that Urumqi, the city where her school is located, could soon be placed on lockdown.

“Barbed wires have been added atop the fences. The entire schoolyard has been fenced off,” Zhang said.

While students have been prevented from leaving the school compound, teachers can leave and enter as they wish.

The latest outbreak in Xinjiang appeared in Kashgar Prefecture after a 17-year-old female tested positive on Oct. 24, which prompted local authorities to undertake massive testing of locals in the region.

Zhang said that emotions were running high as students wanted to leave the school, but school officials haven’t addressed their pleas.

Zhang said she could hear shouts of “When do we get our break? Or else we will jump off the building!” from students living in the male dormitory at around 11 p.m. local time on Nov. 6.

“I have a classmate who wrote one sentence, ‘Why couldn’t we have a break,’ online. And he was summoned by the school’s dean and counselor. … He was reprimanded for having ‘abnormal thoughts,’” Zhang said.

Zhang added that students are now afraid to post information on social media. “If they do, they risk being called to the school’s counselors, and they might be given a demerit.”

She also said her classmate was forbidden from leaving in July to attend her grandmother’s funeral.

“Ordering food online hasn’t been an option because delivery men can’t enter our school. Mail delivery has also come to a halt. Our school has imposed a tougher lockdown as new infection cases were being reported in Kashgar,” Zhang said.

According to Zhang, some freshmen were held inside their dorm building for more than 10 days in mid-October. The move prevented them from bathing because the showering area was located outside of their building.