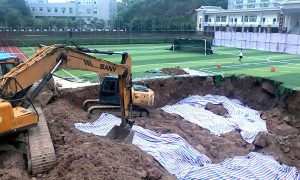 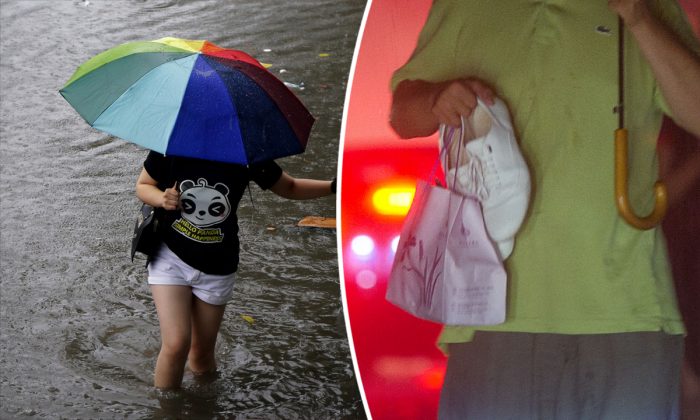 Some people have said that chivalry is dead, but there are still signs that some men, even young ones, are willing to put themselves through uncomfortable situations for their female counterparts.

While a college campus was being flooded by rain, four young male classmates decided to brave the waters and bring food back to the girls who were stuck in dormitories, according to multiple Chinese media outlets.

The flooding happened at Yichun University in Jiangxi Province, China on June 22. Torrential rains and flooding are common in the area during early to mid-summer, which is part of the East Asian monsoon.

“I was all choked up, I couldn’t help but cry,” one unnamed female student told Pear Videos, referring to the boys wading in the water on behalf of the girls. “The water was already above their legs.”

Caring For the College Girls

“There was all this water in front of the dormitory at that time, and it was about to flood the first floor,” said Zhu Xiangcheng, one of the four boys who went out, according to Pear Videos. He added it would have been really inconvenient for the girls to go out on their own to get food for themselves.

One of the female students, surnamed Gao, described the situation to the Beijing Times. “None of us could go out, and the delivery people couldn’t get in.” She said the boys spontaneously had the idea to go out for the girls. “We were so moved!”

Gao said that another classmate got a list of everything the girls needed from the stores. She entrusted the list to the four boys, and then they put on their sandals, grabbed their umbrellas, and waded into the murky flood water.

“The guys in our class are really incredible,” Gao told the Beijing Times. “There was torrential rain, and the water was above their legs.”

Gao said that one of the boys, who she did not name, made several extra trips for the girls. “He also gave us some fruit, he got cramps in his legs,” Gao said with an adoring giggle.