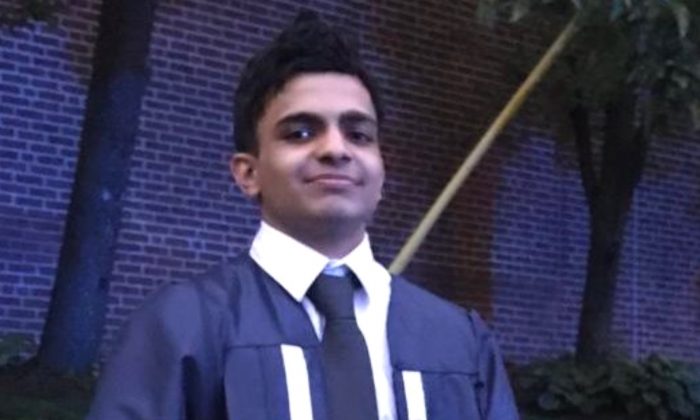 A Nepalese 18-year-old high school graduate who was celebrating his last summer before attending a Boston college in the fall has tragically died after drowning in a Massachusetts lake on July 1, police said.

A high school graduate celebrating his last summer with friends before heading off to college drowned in a Massachusetts lake, his shattered relatives and police said. https://t.co/7LOV2jqkLS

The aspiring aeronautical engineer, who was supposed to begin his math and biology degree at the University of Massachusetts Amherst this fall, was found by divers 20 feet underwater in Upper Mystic Lake in Medford.

Speaking to the Boston Globe on July 2, the teen’s sister, Asmita Devkota, spoke in disbelief.

“He just told me he was going to a party to hang out with his friends, and I thought it would be a barbecue or something,” she said. “I didn’t know it would be a lake.”

When divers recovered the teen’s body underwater, he was rushed to Massachusetts General Hospital, where he was pronounced dead at around 10 p.m. Authorities have described the incident as a tragic accident. No foul play is suspected.

The Medford teen who drowned is confirmed as Apurba Devkota (left).

Apu moved to Medford from Nepal in 2016. He did web design.

If you want to read his website and look at his work, you can do so here: https://t.co/onl3xw0vMR

Nobody deserves to be forgotten.

Devkota’s tragic death near the Tufts University sailing pavilion came just weeks before he would have turned 19, according to the outlet.

The Devkota family emigrated to the United States from Nepal in search of a more promising future.

BREAKING: family members confirm to me that 18-year-old Medford HS Senior, Apurba Devkota, drowned at Upper Mystic Lake in Medford, MA where he was with friends Monday night. Middlesex DA says he couldn’t swim & divers pulled him from 20 ft of water. https://t.co/3KmBCgYXJI pic.twitter.com/enOKHSeDQ6

While adjusting to life in America at the age of 16, the teen excelled academically, made a close group of friends, and supported himself with a part-time waiting job in an Indian restaurant, his sister said.

“We came here for a better life, hoping things could be easier, and then this happens,” she said.

“It’s like a bad dream, and I can’t wake up,” Devkota’s sister continued. “I wish I could go back in time and tell him not to go—not to go into the lake.”

She described how he was looking forward to attending college later this year, and that they had just attended his orientation together a few weeks before he died.

The 18-year-old, unable to swim, quickly sunk beneath the water after diving into the lake, according to a preliminary investigation. It suggested Devkota showed signs of distress before he fell into the water.

According to a statement from a Tufts spokesperson, obtained by the Boston Herald, a notice was in place which highlighted the “dangerous” swimming conditions, reportedly due to the number of active boating lanes near the area.

Medford Mayor, Stephanie Burke, said she was “heartbroken” by the teen’s death in a statement.

“As Mayor of Medford, but more importantly a mother, there is no greater loss than the loss of a child.

“A tragedy has occurred within our community, and for that I am heartbroken. Thank you to the Medford Police and Fire Departments, and all other first responders for their courageous actions during this very difficult time,” Burke said.

A GoFundMe page has been set up to raise funds towards funeral costs, and the Devkota family will also be supported by the Greater Boston Nepali Community, reported NBC Boston.