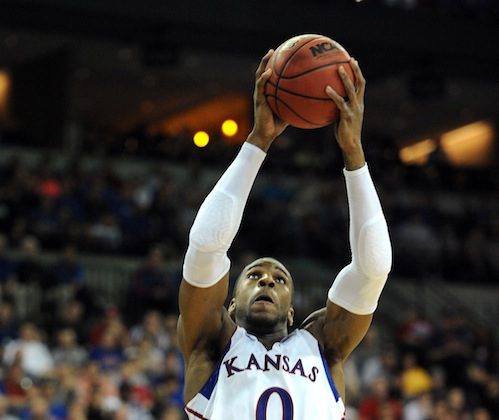 Robinson currently leads the Jayhawks in points per game at 17.9 and ranks second in the country in rebounding at 11.8 per contest.

Sophomore Jared Sullinger is the only repeat member from last season, averaging 17.6 points and 9.6 rebounds for the Final Four-bound Buckeyes.

Kentucky freshman center Anthony Davis has made a splash this year leading the Wildcats with per game averages of 14.3 points, 10.0 rebounds, and 4.6 blocked shots.

Draymond Green, the lone senior on the team put up team highs of 16.2 points per contest and 10.2 rebounds for the Spartans.

Creighton’s Doug McDermott put up averages of 22.9 points and 8.2 rebounds to lead the Blue Jays to the NCAA tournament.