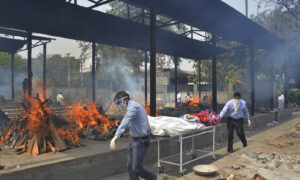 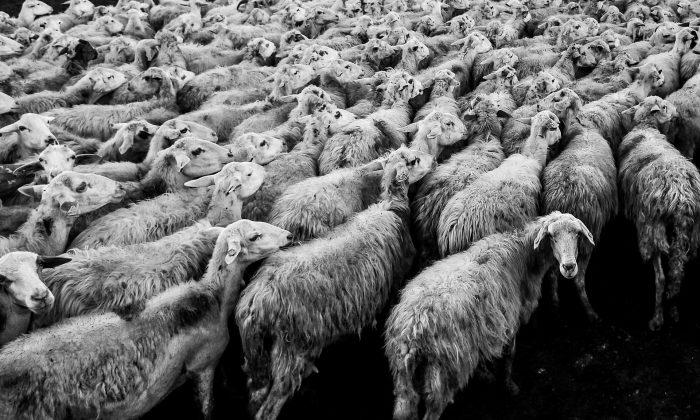 Collectivism and individualism are more rational ways of looking at the political spectrum, from totalitarianism to inherent rights and liberties. (pixabay.com)
Viewpoints

The mainstream political consensus places socialists and liberals on the left, moderates or centrists in the middle, and capitalists and conservatives on the right.

Previously, I’ve explained that it’s inaccurate to treat fascists and communists as opposites because they’re both totalitarian. It’s therefore irrational to consider them antithetical when they each believe that “might makes right.” Historically, while both were also forms of socialism, many will quibble about the semantic differences between the two.

In this piece, I’ll propose a way to break politics down in a way that, though not without its flaws, is more rational than conventional thinking.

Aside from the totalitarian nature of communism and fascism (alongside their socialist origins), they share another similarity—collectivism.

Alas, all political terminology is subject to co-option, and this certainly applies in this instance. Collectivism isn’t, therefore, any type of political group.

There are various reasons why it’s beneficial and legitimate for human beings to cooperate with one another for mutual gain, politics included. We don’t categorize all political groups as a form of collectivism because this is a very specific system that makes individuals subordinate to a group, recognizing no rights without the consent of authority.

For the well-informed and honest, this should immediately draw parallels with communism, fascism, and other totalitarian ideologies that make authority absolute.

Alternative philosophers place collectivism on the left side of a political spectrum because it embodies the socialist and collectivist nature of communism and fascism. The meaning of socialism has been hijacked by communists who accept no definition other than their own, and we see how this relates to National Socialism, or Nazism. A great deal of pushback takes place whenever people place communism and fascism on the same side of the political spectrum, not least because Nazis are treated as the worst of all evils, and communists don’t want to associate with this.

Frédéric Bastiat, a 19th-century French classical liberal philosopher, dealt with this same problem in his own time. In his most famous work called “The Law” (first published in 1850), he stated that “Socialism, like the ancient ideas from which it springs, confuses the distinction between government and society. As a result of this, every time we object to something being done by government, the socialists conclude that we object to its being done at all.”

Thus, even that far back, when socialism was in its infancy, we see the manner in which people on the left obfuscate terminology, leaving us with a false dichotomy. When we then push for real choice that isn’t purely collectivist, obfuscation is employed.

Consider, then, how we’re given a political spectrum where both sides are collectivist in nature, leaving no genuine alternative. It was Georg Wilhelm Friedrich Hegel who described this strategy when he set out one choice called a thesis, followed by another called an antithesis. People are led to believe that their decisions affect the world they live in, when, in fact, both sides are controlled by forces manipulating us toward a preconceived goal that Hegel called synthesis.

Hegel argued that history was a product of this conflict between two sides that would eventually converge into one, known as the Hegelian dialectic. Understanding how this underpins modern politics allows us to see why voting makes very little difference in the aggregate—much easier to see today as the Deep State obstructs Trump, or Europhiles derail Brexit.

Individualism is thus a system of inherent liberties known as unalienable natural rights. John Locke is well known for explaining this in his seminal work, “The Second Treatise of Civil Government,” inspiring the 1689 Bill of Rights in England and the U.S. Constitution in 1787.

Rather than rights being granted or given, we’re born with rights as an extension of our personhood. Often, this is referred to as the difference between a positive or negative right. A positive right is added to the individual, by the decree of authority. On the other hand, a negative right can’t be taken away. It can, however, be protected, as in unalienable natural rights.

By placing collectivism on the left and individualism on the right, we now have a far more rational political spectrum that isn’t merely a variation of totalitarianism. It’s easy to see why there’s a vested interest in creating a false choice between two wings of the same totalitarian bird. Globalist intellectuals such as Carroll Quigley are known for making their feelings clear about this political manipulation.

In one instance in his 1966 book, “Tragedy and Hope,” Quigley stated: “The argument that the two parties should represent opposed ideals and policies, one, perhaps, of the right and the other of the left, is a foolish idea acceptable only to doctrinaire and academic thinkers. Instead, the two parties should be almost identical, so that the American people can ‘throw the rascals out’ at any election without leading to any profound or extensive shifts in policy.”

As humanity, we must come to terms with false choices that turn us into unwitting slaves. Democracy will not save us from this pitfall, and many are under the impression that mob rule is somehow superior to totalitarian ideologies such as communism and fascism. Only by making our rights totally off-limits can we truly prevent the lust for power.

Individualism, when correctly defined, is a positive step in this direction.