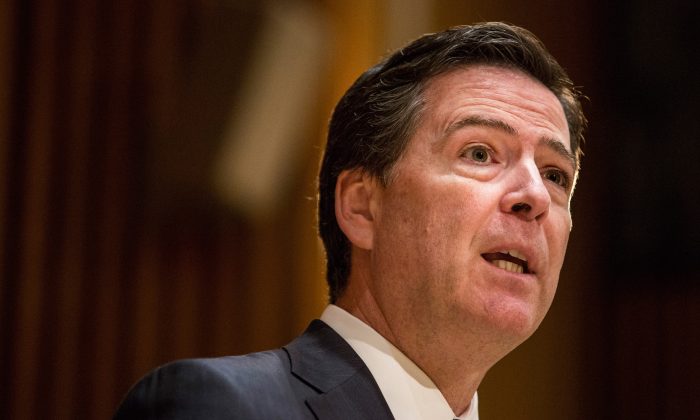 Terrorism is a threat that seeks to inflict itself upon democracy, freedom, and human dignity and demands a collaborative response.

In my Epoch Times column of Feb. 27, 2015, titled “Terrorism Concerns Accelerate: Protecting America,” I provide a straightforward definition of terrorism.

The article states that “terrorism is a contemptuous evil against life, justice, and charity as well as a cowardly assault against human rights, moral law, and the dignity of humankind.”

In a follow-up March 6, 2015, column titled “Understanding Islam Is Essential to Community Policing,” I wrote, “All who adhere to the great religions of the world understand that faith, hope, and charity are sacrosanct.”

Anyone who takes innocent human life in the name of religion commits the gravest sacrilege against faith.

This article argued that “anyone who takes innocent human life in the name of religion commits the gravest sacrilege against faith.” “This desecration deserves the world’s most severe condemnation, resolve, and justice.”

A look at the FBI website immediately confirms the FBI’s dedication to protecting America from individuals with nefarious intentions through recent cases, including the following:

On Dec. 16, I attended the NYPD SHIELD terrorism conference at its headquarters in New York City. The conference was attended by more than 600 law enforcement, private security, and community representatives.

The purpose of NYPD SHIELD is countering terrorism through information sharing by building collaboration between the public and private sectors.

FBI Director James B. Comey, a man of great integrity dedicated to protecting America, was the keynote speaker for the conference.

Comey stated that the Islamic State (ISIS or ISIL) threat was very active through social media, not with individuals going to a website, but through a “chaotic spider web arriving on smart phones all over the world, including America, with messages through online social networking services such as Twitter, that resonate with followers, sympathizers, and potential recruits.”

The FBI director also stated that ISIS has a multi-pronged approach of “attracting followers to come to them, kill wherever they are, and sending trained, experienced fighters throughout the world to kill in their name.” He stressed that the FBI does have an enormous concern with ISIS fighters who may enter America, posing great dangers.

Comey stressed that collaboration with local police, community members, co-workers, and family are a critical response to this “hydra-headed monster.”

The dark challenge of intercepting terrorist communication through devices that cannot be accessed due to encryption was also addressed by Comey. He emphasized that encryption is helpful for protecting personal information, including banking and health care records, but public safety is another matter. We must not allow security to be undermined, he said.

“Encryption must not be the permitted tool of terrorist operatives working in the dark to commit evil against us,” Comey emphasized.

Democracy must rise to the occasion, and America, working collaboratively together, must find the way to protect Constitutional rights of privacy without violating principles of public safety.

There is a current climate of misunderstandings and even crimes against houses of worship, compounded by misguided, inflammatory, and misleading messages by various presidential candidates and community leaders, messages that demand attention.

Hate crimes have tripled in the wake of the Paris and San Bernardino tragedies, including assaults, arson, vandalism, shootings, and death threats against Muslims and Mosques, according to a California State University research group.

The moral code at the heart of Christianity, Judaism, and Islam is “Do unto others as you would have them do unto you,” and this principle must be affirmed, defended, and respected by all true believers and non-believers as well.

Terrorism will be defeated through leadership, vigilance, and a collaboration of law enforcement, citizens, corporations, and faith-based communities fearlessly upholding the principles of human rights, democracy, and moral decency.