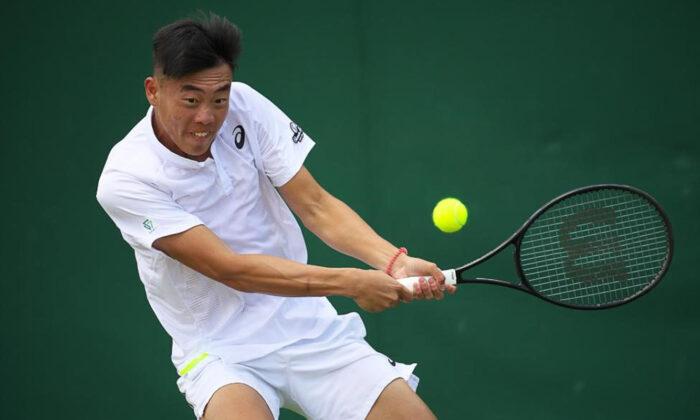 In the Davis Cup World Group II tie against Taipei on Sept. 17-18, Hong Kong was defeated 3:1, but the close doubles match was an important win for Taiwan.

The Hong Kong Tennis Team played a full-strength Taipei team at the Taipei Tennis Center, for a place in the Davis Cup World Group I play-off in early 2023.

Coleman Wong, who reached the semi-finals of the Boys’ Singles at the 2022 U.S. Open, was playing for Hong Kong. Wong expressed his hope to narrow the gap with their opponents.

The last time the Hong Kong team played Taipei was in the 2013 Davis Cup Asia/Oceania Division III competition. In that match, Hong Kong lost to Taiwan at 0:4.

In these matches, Wu Tung-lin, who won the ATP Challenger Tour in 2022, joined the Taiwan team, which made them even stronger. The Taiwan team comprised: Wu Tung-lin, Hsu Yu Hsiou, Jason Jung, and Yang Tsung Hua.

Hong Kong Tennis Coach Yu Hiu-tung, said before the match, “There is a big gap between the two teams. I just hope we can play as hard as possible against the Taipei team.”

Coleman Wong, who earlier reached the semi-finals in the Boys’ Singles at the US Open, joined the adult group competition. Wong said that he has grown a lot, physically and mentally,  in recent years and he had been battling alongside his teammates. Teammate Wong Hong-kit also said that Coleman Wong’s performance in the U.S. Open Boys’ group helped inspire his teammates.

Wong Chun-hun, who recently returned from a long break, pointed out that the reason for his return is because of Coleman Wong was selected to be part of the Hong Kong Tennis Team.

In the doubles match, Ray Ho and Hsu Yu Hsiou beat Coleman Wong and Wong Chun-hun 3:6, 7:6, 7:6, in a closely fought match with two tie break sets both going in Taiwan’s favour. In the fourth match, Wu Tung-lin beat Coleman Wong in two straight sets 6:1, 6:2 to settle the tie. The fifth match was not played

Although Hong Kong failed to qualify for the World Group I play-off, Wong Chun-hun, believes that with the performance in this match, the team is enough to stay in grade II. He hopes to have the opportunity to challenge for promotion next year.