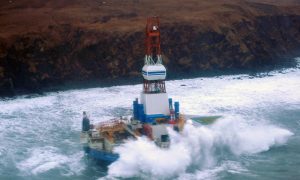 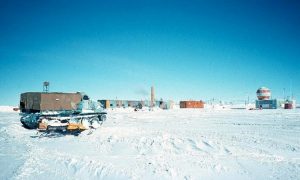 The Five Coldest and Hottest Places on Earth
0 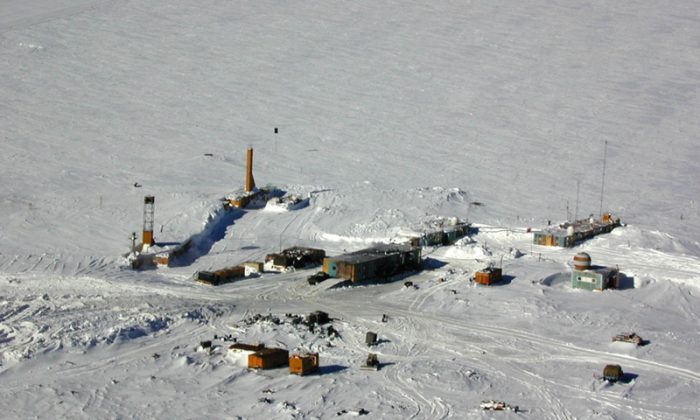 The coldest place on Earth, Vostok Station, is above the largest and most famous subglacial lake in Antarctica. The lowest recorded temperature registered at -89.2 degrees Celsius (-128.56 Fahrenheit), although in the middle of the day during summer (December-January in this area of the world), temperatures climb to as high as -36 degrees Celsius (-32.8 Fahrenheit)

The Soviets opened the station on Dec. 16, 1957, and to this day, it remains one of Russia’s major base stations—with people living there year-round.

Sergei Buschmann, a geophysicist who lived at Vostok from 2009 through 2011, describes it as disorienting to enter such a cold environment.

“Usually people lose up to 10.5 pounds of weight in the first month of being in Antarctica,” he said, in an interview with the Russian edition of Esquire.

“So the first problem on arrival—reaction,” he said. “I saw a man become ill a few minutes after arriving. If he hadn’t been evacuated in time, in a few days, pulmonary edema would have led to death from hypoxia. I felt bad.”

Even when taking a quick walk, or lifting weights, you need to be careful, said Buschmann, because you can quickly run out of breath, and one’s eyes get dark.

“Sharply rising from a chair, vertigo can make you drop,” he said. “It is also very tiring because of apnea—the cessation of breathing during sleep. To adapt to the mainland of Antarctica and start sleeping, you need between one and three months.”

Buschmann had some hallucinations when he saw a fly or a bee even though none exist on the continent.

There was warmth inside the station in some areas, when they were not rationing fuel. Temperatures could rise to five degrees Celsius (41 Fahrenheit) in the room he lived in, which also housed scientific equipment. But one time, during fuel rationing, the dishwasher’s internal hoses broke from the ice.

In the residential building there was a saloon, with a pool table and television. With 13 people, though, there were conflicts when living in confined quarters for too long.

“The most unpleasant fights and insults started with alcohol,” said Buschmann. “Vodka is imported legally to the station and in decent quantities. During one winter we imported 200-something bottles of 0.75 liters. Sometimes heavy drinking did not stop for a week.”

Robert Flint Jr., who stayed one winter (1974) as an exchange scientist at Vostok Station, said living there was definitely unique.

“While the food at Vostok Station was generally plain, holidays were spectacular: I never again expect to see dozens of kilogram-sized tins of Beluga caviar all in one place!”

The most detailed glimpse of life at Vostok comes from Stephen Price, a glaciologist and ice sheet modeler who spent time on Antarctica from 1996 through 2001. He journeyed to Vostok in 1997 and recounts the experience on his website through a photo essay.

The cold weather presents a dangerous situation for researchers living there, as they must go outside sometimes.

People can see for long distances in this part of Antarctica, sometimes more than 10 kilometers, though sometimes fog drives that down to one kilometer or less. Snow fog, considered a dangerous phenomenon by researchers, can decrease horizontal visibility to one meter. People can barely see.

Recommended: The Five Coldest and Hottest Places on Earth

Buschmann said that after leaving the relatively warm station, being outside is tough.

“This frost—it’s a beast,” he said, describing the record low for one year, -82 degrees Celsius (-115 Fahrenheit). “You have a couple of minutes to cool down from the heat of the dwelling, and then frost bites in the face, knees, fingers, toes, biting into the flesh, to the very core of the bones—even with the most constant movement and warm clothing. Death at such a temperature, even if you move all the time, comes in 6-8 hours.”

A protective mask provides a buffer but holes are made for the eyes. “You cannot breathe, because instantly it will turn white and you get frostbitten nose and lips,” he said. “Breathing through the mask is also not very successful.”

Buschmann added an extra layer of felt to his fur boots.

An interesting thing, he added, was “when extreme cold manifested odor which permeated all of continental Antarctica.”

“The smell of this barely caught, and usually I do not pay attention, so it is weak and inconspicuous,” he said. “But then, at -82 degrees Celsius, I felt it. For a while, I tried to find a comparison, then gave up. And then, when we were very cold, I suddenly realized that it was the smell. I would call it ‘vanilla caramel.'”

The Russians spent more than 30 years studying drilling techniques used at Vostok Station, according to Pomelov Victor, one of those involved. He wrote a lengthy environmental assessment analyzing the drilling, as required under the Antarctic environmental protocol.

“The strong correlation between atmospheric greenhouse-gas concentrations and Antarctic temperature … is confirmed by the extension of the Vostok ice-core record,” the researchers write. “From the extended Vostok record, [we] concluded that present-day atmospheric burdens of carbon dioxide and methane seem to have been unprecedented during the past 420,000 years.”

The deepest ice core ever recovered was from here, by a team of French and former-Soviet scientists in 1998. They reached a depth of 3623 meters.