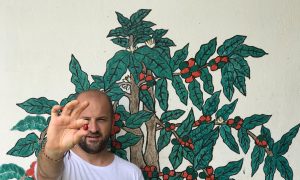 A Guide to Making and Tasting Coffee, According to an Expert Barista
0
Share Now
TelegramFacebookTweetEmailTellMeWeReddit
Copy Link 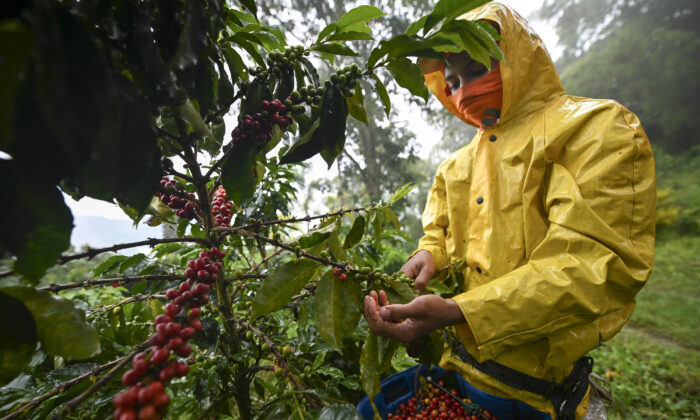 Coffee prices have spiked more than 25 percent in recent weeks, lifted by slow harvests in Latin America that have thinned inventories, while global demand is on the rise.

Coffee futures on the Intercontinental Exchange (ICE) hit $1.178 a pound on Monday, climbing from a low of 92.9 cents a pound on Oct. 17. Colombian Milds, the priciest coffee beans sales-tracked by the International Coffee Organization (ICO), climbed to $1.553 per pound on Tuesday in US markets.

A composite indicator that averages prices across different coffee bean types—including Other Milds, Brazilian Naturals, and Robustas—stood at $1.101 a pound on Tuesday. Some trading sessions in recent weeks have seen double-digit price differentials.

Traders cited by The Wall Street Journal blame the upward price pressure on thinning inventories caused by bad coffee bean harvests in Honduras. The country is the third-largest producer of arabica coffee in the world and is reeling from five years of consecutive droughts.

Earlier this month, Honduras declared a national emergency due to a severe drought that has decimated staple-crop harvests of beans and maize by up to 80 percent in some areas, according to government figures.

“The main issue is the cumulative impact of the years of drought,” said Etienne Labande, deputy director in Honduras of the World Food Programme (WFP), a U.N. agency.

“Over time, and with losses of the harvest, the problem is that people … don’t have [food] stocks anymore. So every month, every week, every day, we have more people falling from moderate into severe food insecurity,” he said.

Another factor that could yield further upward price pressure is a rust fungus epidemic that threatens the existence of entire plantations.

“And for coffee farmers yet another problem, an epidemic of rust fungus—roya in Spanish—an insidious plant disease they liken to cancer, which grows quickly in dry, warm climates, destroying entire coffee plantations,” said PBS reporter Marcia Biggs, who interviewed producers in Honduras.

The rebound in coffee prices comes after months of historical lows, with prices falling by around 40 percent since the beginning of 2017, according to Nasdaq figures, and by nearly 70 percent since their 2011 highs of nearly $3 per pound.

“This is a special situation because optimism has not been seen in this market for a long time. Sellers have dominated the coffee chart for many years, and the entire market for this raw material was discussed in the context of a protracted crisis,” said Pawel Grubiak, president of Superfund TFI, in comments to Business Insider.

Valeria Rodriguez, a manager at Max Havelaar France, told AFP that what she called a crisis in low coffee prices was beginning to create “real structural problems” for producers.

“The consequences are terrible,” she said, adding that many producers could no longer support themselves or invest in production.

Pierre Ferrari, CEO of Heifer International, told a panel on Nov. 25 that persistently low coffee prices were partly to blame for the border crisis as desperate farmers priced out of the market seek other opportunities to make a living.

Ferrari said coffee farmers in Guatemala are being paid 62-63 cents a pound but face production costs of between $1.30 and $1.50. If they can’t turn a profit, they often head north in search of work.

“If we give this populace sustainable livelihood, they will stay,” Requejo said, according to TalkBusiness. “And if they stay, then a lot of those migratory pressures, whether it’s at the Guatemalan-Mexico border or whether at the California-Mexico border, that significantly decreases.”

In its October 2019 Coffee Market Report (pdf), the ICO predicted that world coffee production for the 2019-20 marketing year would drop by 0.9 percent, to 167.4 million bags.

“South America’s production is expected to fall by 3.2 percent to 78.08 million bags, due largely to the decline in Brazil’s arabica output in its off-year of the biennial crop cycle,” the ICO said.

“World coffee consumption growth is likely to slow in 2019/20 in line with the slower growth expected for the global economy, and demand is projected to increase by 1.5 percent to 167.9 million bags,” the organization noted.

The consumption of coffee has grown by an average of 2.1 percent a year for the past decade, according to the ICO. People drink around 1.6 billion cups of coffee per day globally, according to Fairtrade International, and some 125 million people’s livelihoods depend on this commodity, which is the second-most traded in the world.

The coffee export industry is worth some $20 billion.